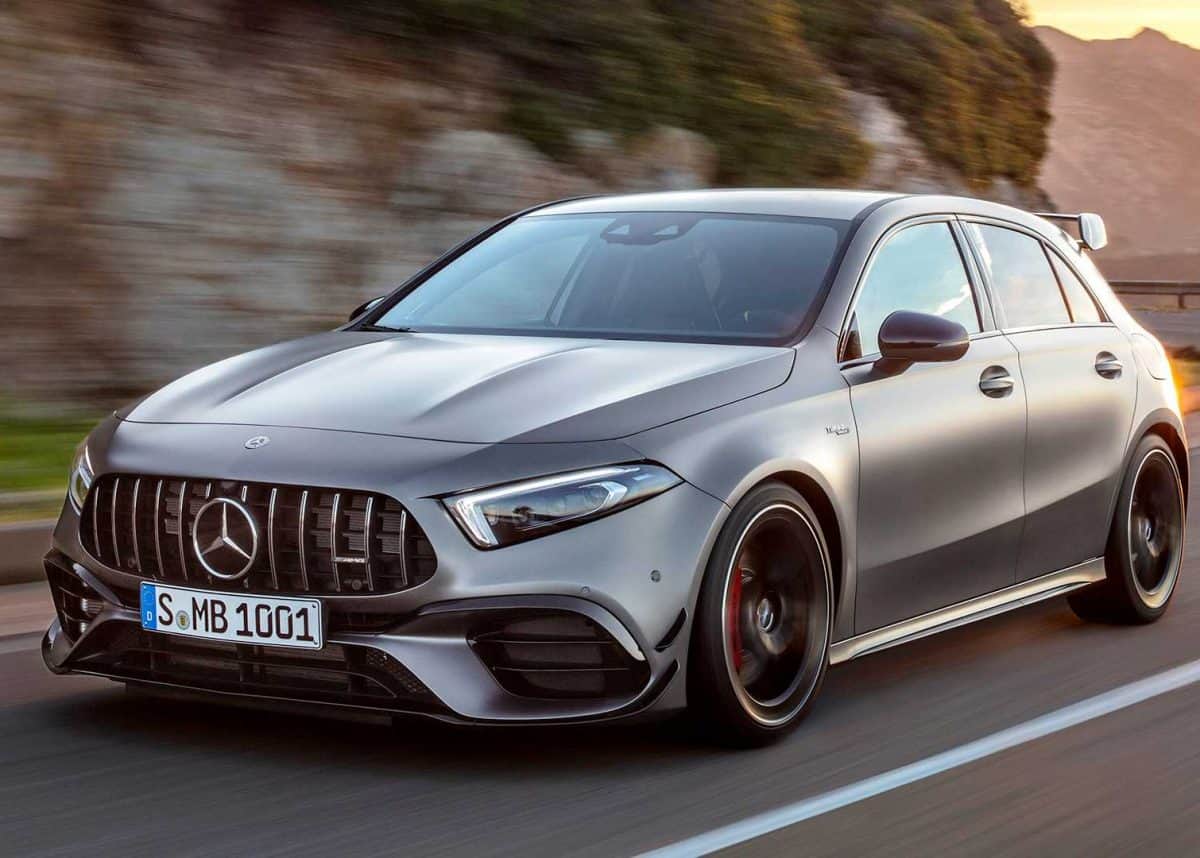 AMG has finally shown what the world’s fastest ever 2-litre production cars will look like.

Following from its recent announcement of a tremendous evolution in 2-litre engine development, both the latest A45 and CLA45 compact performance cars have finally been publicized – and they are faster than anything before.

Mercedes-Benz’s high-performance engineering subsidiary (AMG) has elevated the offering of its 2-litre cars beyond anything available from rivals Audi or BMW.

Although the same 2-litre engine architecture powers both the A45 hatchback and CLA45 sedan, AMG will offer the cars in two output guises.

The standard 2-litre turbocharged engine will boost 285kW and 480Nm. Customers can opt to upgrade to an ‘S’ version, which surges those outputs to 310kW and 500Nm – making for by far the most potent 2-litre engine in production.

Both versions and bodystyle configurations of these new AMGs will drive all four wheels, via Mercedes-Benz’s eight-speed dual-clutch transmission. Despite being all-wheel drive, AMG will offer a drift-mode and promotes these 2-litre compact supercars as being entirely capable of offering rear-wheel drive type handling dynamics.

As expected, the performance statistics on offer as simply staggering. The standard A45 runs 0-100kph in 4 seconds, with the ‘S’-engined version one tenth quicker. AMG’s slightly heavier CLA45 sedan is a tenth of second slower than its equivalent A45 siblings.

Top speed is limited to 250kph for the 285kW cars, but the more powerful ‘S’-models will run a true 270kph if you find an appropriate venue. Ensuring deceleration powerful enough to keep those speeds in check are enormous brakes.

The more powerful versions fix 360mm brake discs behind their front wheels, actuated by six-piston callipers. Those are the calibre of brakes ordinarily seen on supercars – not compact German hatchbacks or sedans.

Launch dates for the South African introduction of AMG’s new A45 and CLA45 are yet to be confirmed, but the probability is that they might arrive before the end of 2019.

When they do land locally, these will be by far the most potent compact performance cars ever sold in South Africa, more than capable of embarrassing vehicles with double the engine capacity and cylinder count.