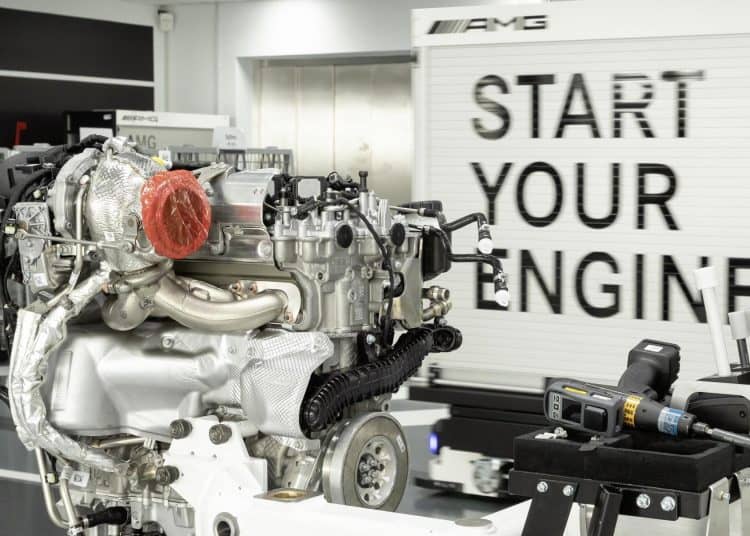 AMG has done what many car enthusiasts, until recently, considered impossible.

The high-performance engineering subsidiary of Mercedes-Benz has revealed that it has developed a new 2-litre four-cylinder engine, more powerful in relative terms, than most superbikes.

Codenamed the M139, this 2-litre turbocharged engine is an evolution of the M133 engine – which debuted in 2013. These engines power AMG’s 45-Series compact performance cars.

A host of engineering features distinguish the M139 engine, including nanoslide cylinder coatings – a technology borrowed from the Mercedes-Benz F1 team.

Boosting the 2-litre engine’s performance is a twin-scroll turbocharger, which runs roller-bearing turbine wheels. These special bearing allow the turbocharger to spin to an astonishing 169 000rpm, whilst boosting 2.1bar of pressure – a figure nearly unheard of in production car engines.

Incredible numbers for a 2-litre engine

At peak boost, the M139 2-litre engine produces 310kW and 500Nm. These engine outputs are massively superior to any rival 2-litre turbocharged engine from Audi or BMW.

It also credits AMG as the first entity to produce a 2-litre engine capable of breaking the 300kW output ceiling.

The M139 engine will become available to AMG customers later this year, in the updated A45 hatchback. It will eventually be rolled out to other 45-badged AMG models too.

Customers will also have option on a slightly milder, non-S version of the M139 powerplant, boosting 285kW and 480Nm.

Perhaps the most astonishing detail about this new engine, in ‘S’ guise, is that it delivers 155kW per litre of capacity. That is an output which shames all current production 1000cc superbikes.