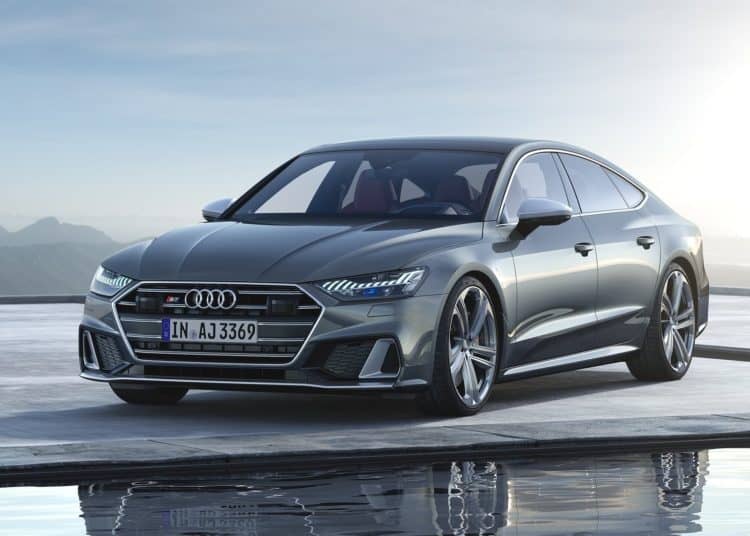 Audi has released images and technical details of its new range of large luxury performance cars.

The German premium brand has made significant engineering changes to the its latest generation of S6 and S7 vehicles. With S6 there are two configurations, sedan and Avant, whilst the S7 continuous in its Sportback body style.

All these new Audi S-models are powered by the same blend of engines, a choice of two turbocharged V6 options. The decision was made to replace the 4-litre twin-turbocharged V8, which powered previous S6 and S7s, with a range of smaller V6s.

What is most notable about these new Audi engines for S6 and S7, are that they will vary by geography. European buyers will have option on the first diesel engine to power an S6 or S7, whilst most other global markets will be offered a 2.9-liter V6 petrol.

The diesel engine is a 3-litre turbocharged V6, which boosts 257kW and 700Nm. For those potential S6 and S7 owners who prefer running their high-performance Audis on unleaded, the 2.9-litre V6 petrol makes more power, at 335kW, but a bit less toque, peaking at 600Nm. Audi has only revealed acceleration figures for the diesel-powered S-models, with S6 sedan running the benchmark 0-100kph sprint in 5 seconds, whilst the slightly heftier S6 Avant and S7 Sportback are a tenth of second slower.

Both the diesel and petrol V6s drive all four wheels via an eight-speed automatic transmission and feature mild-hybridization technology. Brake regeneration harvests energy, which is stored in a battery pack, and used for short 40 second bursts of acceleration from standstill up to 22kph. This limited electric drive assistance system, should be particularly useful for the purpose of saving fuel in heavily congested stop-start city traffic.

To ensure that the new S6 and S7 models are true to their dynamic driving purpose, Audi will offer customers the option of adaptive air-suspension and all-wheel steering. The active steering system turns the rear wheels at a five-degree opposing angle to the front wheels, at speeds below 60kph, making these large Audi performance cars much easier to park and weave between lanes in traffic.

At higher speeds the active steering system turns the rear wheels in the same direction as the front axle, to improve stability. For a balanced offering of performance, the S6 and S7s will all be available with optional carbon-ceramic brakes, offering tremendous deceleration thanks to enormous 400mm brake discs on the front axle, with 350mm brakes at the rear.

South African Audi followers can expect the S6 sedan and S7 Sportback to reach our shores in future, although there will be no local availability on the S6 Avant station wagon.