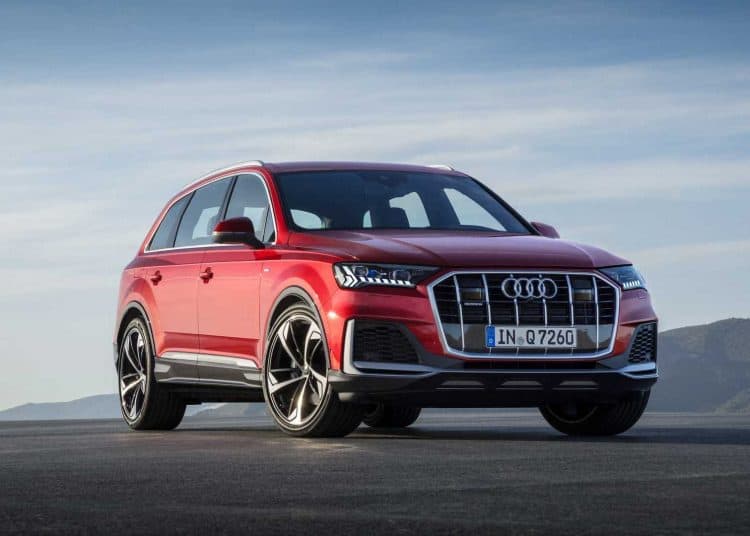 Audi has revealed its new Q7, which features an upgraded appearance and host of clever updates.

The second-generation Q7 was introduced in 2015 and this is its first significant modernisation since then. Audi’s engineers have made it 11mm longer, which results in a slightly more spacious cabin environment.

At the back Q7 features a similar chrome styling strip which connects the taillights. This design element was first seen on the new A6 and A8, where its purpose is to disguise the bulkiness of a large rear boot or tailgate section.

Inside the Q7 continues to offer customers a choice of five- or seven-seats, with the option of those pews being ventilated, with additional heating and massaging functions too. Luggage capacity on the five-seater Q7 ranks at an impressive 865-litres.

Cabin digitisation has been improved with Audi’s latest dual-touchscreen technology, which reacts to both touch and voice commands. Media streaming sound quality promises to be excellent too, with a Bang & Olufsen 3D sound system specifically tailored for the Q7’s interior acoustics.

Audi has not confirmed engine output details for this new Q7, but we do know that it will feature a range of 3-litre V6s, fuelled by either petrol or diesel. All these engine options will be augmented by Audi’s latest 48-volt mild-hybridization technology, which allows for energy harvesting.

Better at speed and easier to park

Electric motors are informed of any sudden change in the Q7’s lean angle and then react by compressing the anti-roll bars, keeping the big SUV level during high-speed cornering or emergency braking.

For those who find a vehicle of Q7’s size intimidating to park or drive around narrow streets, there is now an optional four-wheel steering system. With its ability to turn the rear wheels in an opposing angle to the fronts, this allows Q7 to require much less distance when turning.

The improved Q7 is scheduled to begin its distribution to right-hand drive markets by the third quarter of this year.