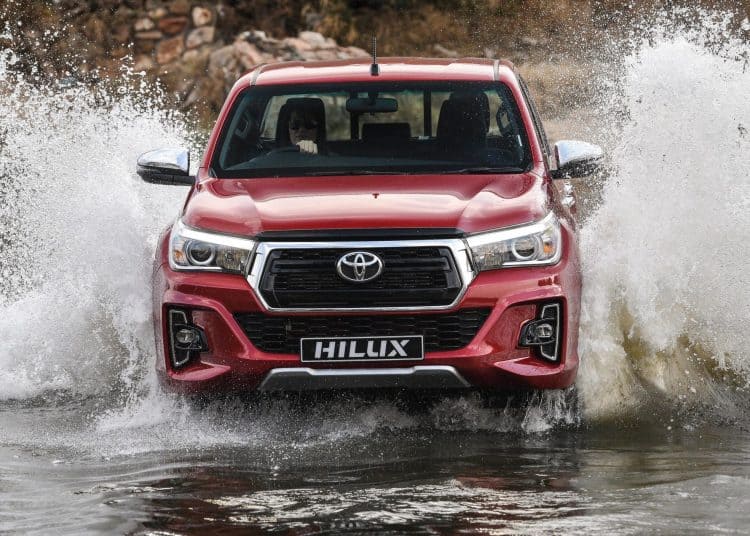 A total of 4770 Hilux bakkies were assembled at Toyota’s factory in Durban and delivered to customers across South Africa in June.

That number is the highest ever recorded sequence of Hilux bakkies sales in a month, since Toyota introduced its workhorse bakkie to the South Africa market, five decades ago.

The virtually insatiable demand for Hilux has also allowed it to total impressive half-year volume. With sales data for the first six months of 2019 having been collated and validated, the position of Hilux’s dominance becomes even clearer in the local vehicle market.

For January-through-June, Hilux sales added up to 20 918 bakkies. The numbers of its nearest rival, Ford’s Ranger, add perspective to Hilux’s volumes.

The Ford bakkie range, which is also locally assembled and has a similar size and diversity of options, posted half-year sales of 12 785. That means the difference between South Africa’s best-selling and near favourite bakkie is an astounding 63%.

South Africa’s third-favourite bakkie is Nissan compact NP200, which competes unchallenged in the sub-1t market. It posted half-year sales of 9413 and continues to serve those South Africans who do not require, or cannot afford, a full-size bakkie capable of carrying 1t.

Isuzu’s D-Max range was the fourth most in-demand bakkie thus far in 2019, and the third most popular full-size version, with 8050 units.

The presence of Chinese and Indian bakkies in the top ten sales list of 2019 illustrate that South Africans are seeking value and finding quality too, in the guise of GWM’s Steed and Mahindra’s Scorpio, which ranked seventh and ninth overall.

An interesting detail of South African bakkie sales for the first six months of 2019 is the position of two models which only offer the double-cab configuration.

VW’s Amarok sold 1421 bakkies to sit in solid sixth position overall, with Nissan’s Navara, which also only offers a double-cab option, totalling 987, to round out the top ten list.