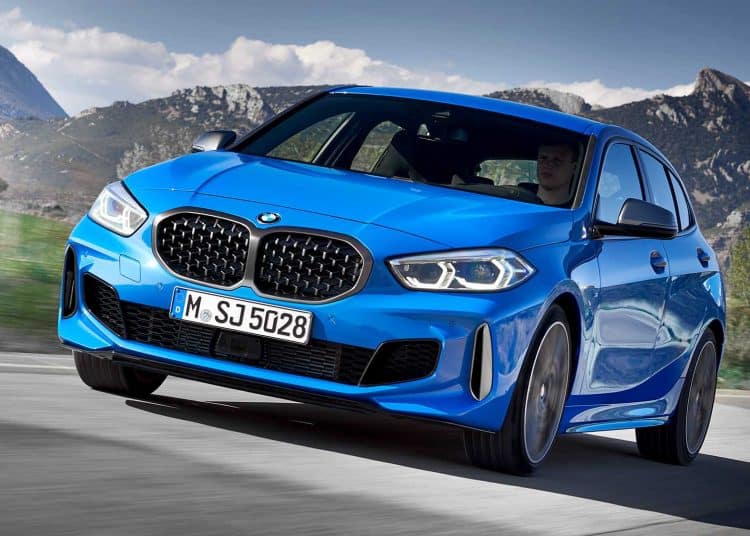 BMW has finally revealed the keenly anticipated fourth-generation of its entry-level car, the 1 Series.

The German premium brand’s compact hatchback has been significantly redesigned and beyond the more daring appearance, is a fundamental engineering change, which might upset BMW purists.

This fourth-generation 1 Series has been reconfigured from rear- to front-wheel drive, removing the BMW hatchback’s unique feature within the market.

Engineers are adamant that meticulous recalibration of the electric power steering and stability system have produced a 1 Series which drives in a manner unlike any other front-wheel drive hatchback rival.

Back to front makes it better

Benefits from the change to front-wheel drive include improved luggage space (up by 20l) and much better rear passenger legroom. Digitisation has improved too, with this 1 Series offering two touchscreen infotainment options, either 8- or 10.25-inches in diameter, and capable of comprehensive gesture recognition.

The new car has BMW’s signature kidneys joined on the grille, instead of being separated, and the overall design is notable for its small windows and high waistline. Headlights are LED embedded and parallelogram shaped and customers will be able to choose from a range of alloy wheels, too, ranging in size from 16- to 19-inches.

Global distribution of the new 1 Series will see it arrive in South Africa by the fourth-quarter of this year, in 118i and M135i xDrive derivatives.

The 118i will be powered by a 1.5-litre three-cylinder turbocharged petrol engine, boosting 103kW and 220Nm. It will drive the front wheels via either a six-speed manual or seven-speed dual-clutch transmission, returning 5l/100km average consumption if driven sedately.

For those BMW hatchback followers who desire a true hot hatchback, the all-wheel drive M135i will offer a 2-litre turbocharged engine good for 225kW and 450Nm. Those numbers should translate to 0-100kph in 4.8 seconds, thanks to a quick-shifting ZF eight-speed automatic transmission, and a top speed of 250kph.