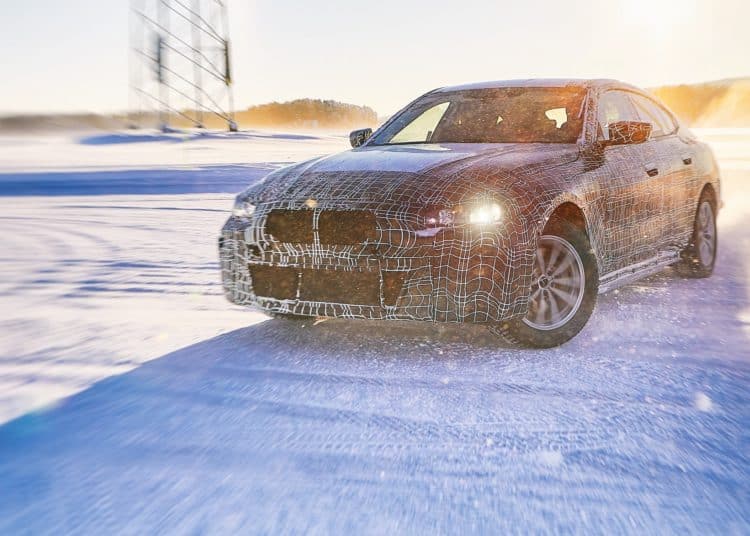 BMW is entering the final phase of validation testing for its new wave of electric vehicles.

The iX3 SUV, iNext concept and i4 four-door coupe are currently undergoing severe weather testing in Sweden’s arctic region. BMW’s engineers are cognisant of the issues which befell electric vehicle owners in the United States during the snowstorms and freezing conditions earlier this year, when battery capacity in some electric cars shrunk by nearly half.

To ensure that its new electric vehicle offerings don’t suffer a similar fate, BMW is investing time and resources to identifying any thermal issues with its latest battery packs. These new BMW electric vehicles are due to be delivered to market soon, with iX3 slated for production next year and i4 set for customer deliveries in 2021.

It is the i4 which is especially interesting to BMW traditionalists who are pondering the transition to battery, instead of internal-combustion, power. Although all the i4 test prototypes are still shrouded in BMW’s disruptive pattern camouflage, the vehicle’s grand coupe silhouette is clearly evident. The brand’s current electric vehicle offerings are quite niched: it is either the i3 city car or two-seater i8 supercar

With i4, BMW will aim to offer something with a spacious cabin for four and all the vaunted driving dynamics which have always been associated with the brand. Performance claims for the i4, both in terms of acceleration and range, are deeply impressive.

Although BMW is still being coy about the battery pack’s exact composition and energy rating, it has committed to i4 being capable of running the benchmark 0-100kph sprint in 4 seconds, whilst also retaining adequate battery capacity for a cruising range of 600km.

That means that an i4 will be equivalent in accelerative performance to many of BMW’s renowned M-division performance cars, whilst having equal range to an average BMW petrol-powered passenger car.