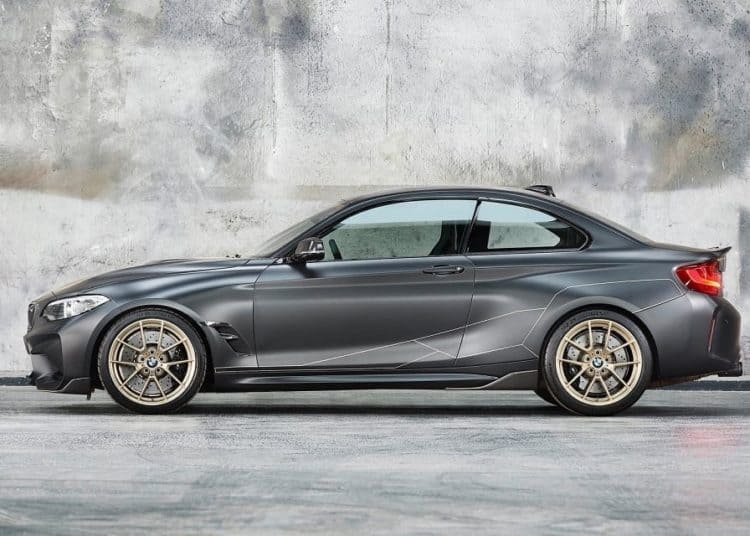 BMW has confirmed this weekend’s Goodwood Festival of Speed (FOS) will see it revealing a new M2 concept.

Founded in 1996 the FOS has effectively replaced the British motor show as an event where manufacturers and collectors gather to celebrate the old and show the new. Brands with an impressive performance motoring heritage make a concentrated effort to produce special concepts for the FOS and this year BMW’s contribution is the M2 Performance Parts Concept.

The factory standard M2 coupe is a highly desirable and capable rear-wheel drive performance car in its own right: powered by a 272kW in-line six-cylinder engine and offering the option of a six-speed manual gearbox.

A car very much for the purist. In September an even more potent ‘Competition’ version will become available in South Africa, powering up to 302kW.

What is the point of this Performance Parts Concept M2? Brilliant as the standard M2 is, BMW’s keenest customers will always yearn for greater customisation and the concept car illustrates what is possible.

Although engine details are unconfirmed, we do know that there is a very trick coilover suspension upgrade, lowering the car’s ride height by 20mm.

For those BMW enthusiasts who obsess about technical details, the adjustable suspension option will be a worthy advancement, offering 12 stages of compression adjustment and 16 rebound settings

Beyond the clever dampers and coils hiding at each wheel corner, the concept car is around 60kg lighter than a conventional M2 too. How did BMW achieve that? With the remaking of many parts in carbon-fibre.

The boot and many exterior aero bits are carbon, whilst reshaped seats reduce weight by 13kg. There is even a unique BMW battery, which is 14kg lighter than anything currently available.

Expect some of these show car components to become optional extras on future 2-Series coupes, allowing customers to build a lightweight version of BMW’s smallest M-car.