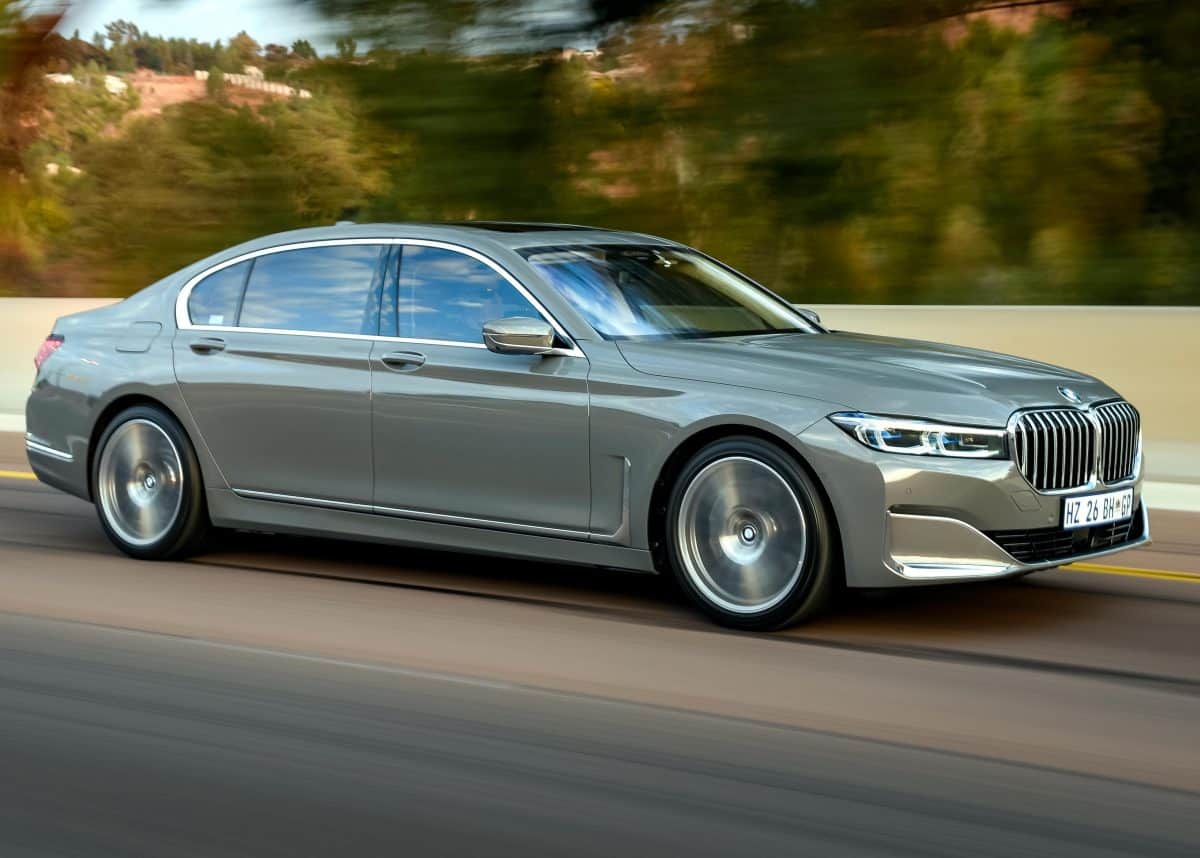 BMW has altered strategy in the local limousine market, with an upgraded version of its sixth-generation 7 Series.

Although ultra-luxury SUVs, including the brand’s own X7, now account for most of the large premium vehicle market, there remain customers who are loyal to the traditional German limousine concept.

Catering for these buyers, who appreciate the history and cachet of a limousine nameplate, BMW has introduced its latest 7 Series.

It still rides on the G11/12 platform but has grown 22mm longer and there are bold slight styling changes, supported by technical refinements.

A much more aggressive nose

The most significant  – and noticeable – change is an enormous grille, which completely dominates the front aspect of this new 7 Series.

BMW proudly claims that its 2020 model year 7 Series has a 40% larger grille than before. To balance the massive grille, you also gain a much larger BMW roundel on the bonnet, and a reshaped front bumper, with chrome edge detailing.

Around the rear, BMW’s designers have slimmed the taillights by 35mm and linked them with a chrome styling strip. Reprofiled exhaust ends are added to the rear bumper too.

Seating comfort is superb, thanks to quilted Nappa leather and an optional Bowers & Wilkens surround sound system promises to deliver operatic acoustic quality. To ensure that whatever streaming media you are listening to inside the cabin, is not diluted in quality by exterior sound influences, BMW’s engineers have made the window glass 5.1mm thicker, dramatically improving sound insulation.

The revised South African 7 Series range is five derivatives strong. The most affordable version (with affordability being a relative concept), is the 730Ld, priced at R1 669 400. It is powered by a 3-litre in-line six turbodiesel, good for 195kW and 620Nm. If you prefer your six-cylinder 7 Series with petrol power instead, there is the 740Li, which boosts 250kW and 450Nm. It costs R1 638 400.

For those BMW limousine customers who value the efficiency and reduced environmental impact of a hybrid, BMW is also marketing a 745Le xDrive, at R1 755 300. Its combined system output, between the engine and hybrid drivetrain system, equals 210kW and 450Nm. Fuel consumption can dip down all the way to 2.8l/100km too.

Perhaps the most popular model will be BMW’s 750Li xDrive. It features all-wheel drive and a 4.4-litre twin-turbocharged V8, which produces 390kW and 750Nm. Acceleration is impressive, with this 750Li xDrive running the benchmark 0-100kph sprint in 4.1 seconds. For the privilege of this performance you pay R2 156 700

Customers who demand the ultimate in BMW limousine motoring will have option on an M760Li xDrive, which headlines the range at R2 806 400.

One of the last remaining V12-powered vehicles on offer in South Africa, the M760Li xDrive is a tremendously fast limousine, capable of 0-100kph in 3.8 seconds. Its performance is credited to a 6.6-litre V12 engine, which is turbocharged, and delivers 448kW and 850Nm.

A notable product planning adaption that BMW has applied to its new 7 Series range, for the South African market, is to discontinue the standard wheelbase option.

All new 7 Series derivatives are long-wheel base vehicles, which offer additional cabin space and passenger comfort.