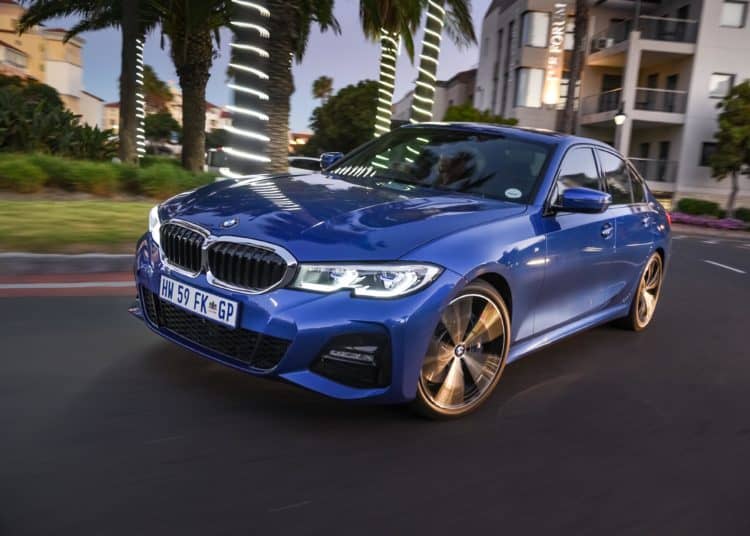 The seventh-generation of BMW’s most popular local model has been added to the South African market.

Although SUVs and crossovers garner all the attention of automotive marketing strategists, for many, a sedan remains the best premium motoring solution for upwardly mobile families. Enter BMW’s latest 3 Series.

To enhance the strength in differentiation between BMW’s models, whilst reducing the number of design elements, new 3 Series showcases a revised design approach. Anchoring the car’s front view are enlarged grille kidneys and bevelled headlamps, which contain BMW’s adaptive laser lights – which provide up to 530m of illumination.

Beyond the sharper but simpler styling, there are a host of semi-autonomous driving technologies which shepherd you back into a lane if you have been inattentive and diligently lock-onto the vehicle ahead, in traffic, independently braking and keeping a safe following distance.  These are useful low-speed traffic crawling technologies, enabling hands-off driving up to 60kph.

Inside the cabin is significantly digitised, featuring the largest digital instrumentation display yet seen in any BMW. There has been a focus on luminosity too, with both the instrumentation and infotainment screens both remaining perfectly legible even when harsh South African sunlight floods into the cabin.

BMW’s personal digital assistant has been made more voice prompt sensitive and features greater customisation. Voice prompts now enable 3 Series to answer driver questions without you having to avert eyes from the road, onto any of the display or menu screens. A simple ‘pair your phone’ or ‘how much range do I have left?’ query is immediately addressed by the Hey BMW on-board digital assistant.

BMW is opening its new 3 Series portfolio with only two engine options, a 320d and 330i. The 320d is a turbocharged diesel 2-litre boosting 140kW and 400Nm, with the 330i driven by a similar capacity  turbocharged petrol engine, good for 190kW and 400Nm. Additional engines will follow towards the end of this year.

Lighter, wider and lower, new 3 Series remains true to its dynamic driving legacy – a sedan tailored to the enthusiast driver. That said, there will be no manual transmission option, with all 3 Series driving through ZF’s eight-speed automatic.

Unlike all its predecessors, the new 3 Series is not built locally, but imported from either Germany or Mexico, where BMW have two production facilities tasked with assembling the latest 3 Series. Both the 320d and 330i models are priced at R649 000.