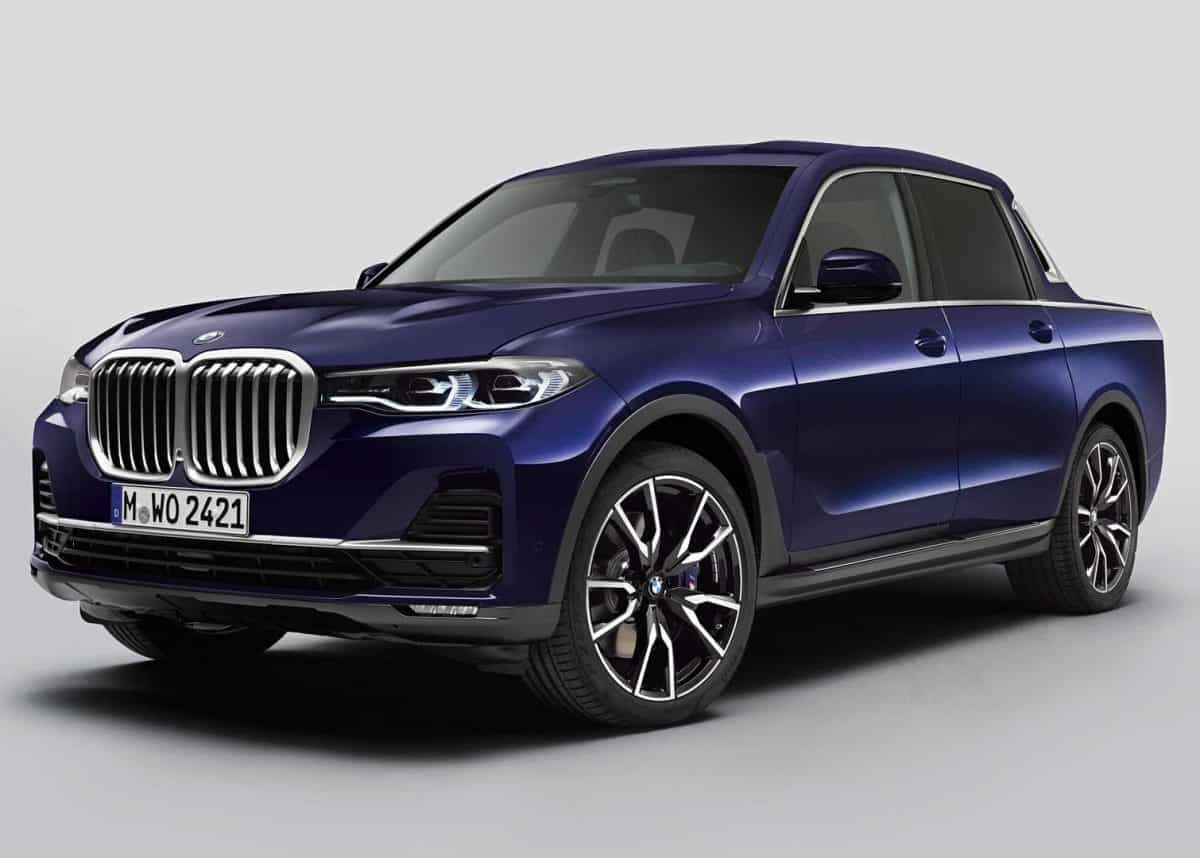 BMW has finally revealed a secret project bakkie that twelve of its most talented young technical appetencies have been working on.

Although the German brand has reiterated that it does not wish to compete with rival Mercedes-Benz, by producing an X-Class equivalent, this new X7 double-cab would indicate that policy is perhaps more fluid than imagined.

For the last ten months these dozen engineering apprentices, sourced from BMW’s vehicle mechanics section, mechatronics and technical construction divisions, have been working tirelessly to produce a double-cab version of the enormous X7 SUV.

The result is a 5.3m bakkie, which is even larger than the X7 off-road station wagon – currently the biggest of all BMW’s SUVs. Despite being longer than the X7, this double-cab bakkie conversion is 200kg lighter, by virtue of its much shorter roof and an absence of all that additional cabin glass.

One of the X7 bakkie’s most impressive features is its tailgate and load area. Teakwood surfacing gives the load bed an exquisite finish which would not look out of place on an expensive ocean going yacht’s deck. The loadbin is also large, at 1.4m, and extends to 2m in length when the tailgate is opened.

Around the rear the X7 bakkie’s taillights and aft bodywork is entirely different to that of the SUV it was evolved from. To shape all these custom components, the team of engineering students and technicians used the very latest computer aided design and 3D printing techniques.

The bright blue colour is classified as BMW’s Tanzanite blue metallic, and it has unique reflective properties when the X7 bakkie is parked or moving along in direct sunlight. 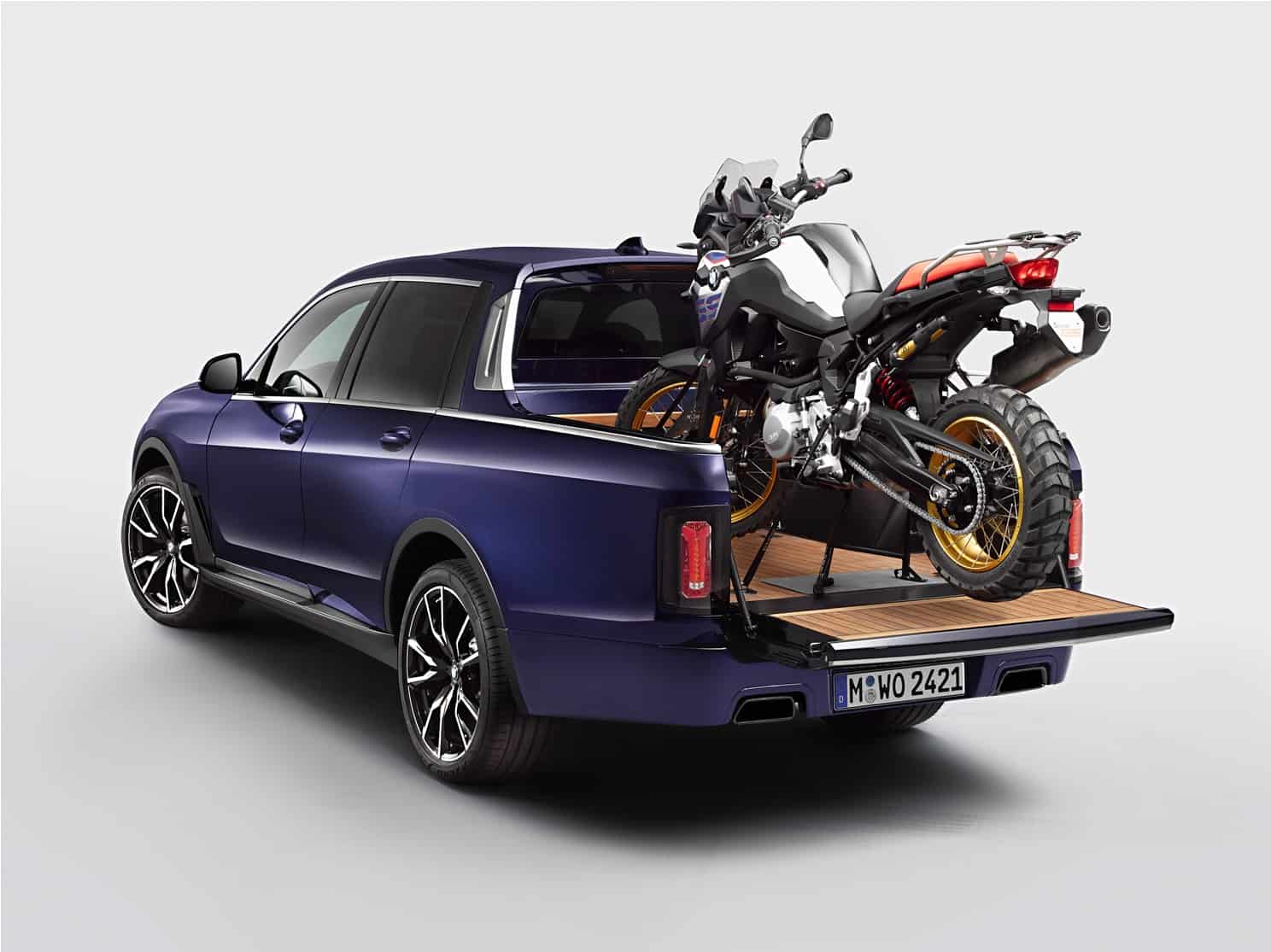 Unlike most other bakkies from German premium brands, such as VW’s Amarok and the Mercedes-Benz X-Class, BMW’s design team chose not to power its X7 double-cab with a diesel engine.

Under the bonnet is a 3-litre in-line six petrol engine, which is turbocharged and produces 250kW. An eight-speed automatic transmission distributes 450Nm of torque to all four wheels and performance should be sufficiently brisk.

Although BMW has said that this double-cab is a unique concept, allowing the imagination of its younger engineers and technicians to enjoy unencumbered expression – it is clear that the X7 does make for a very attractive, and executable, bakkie.