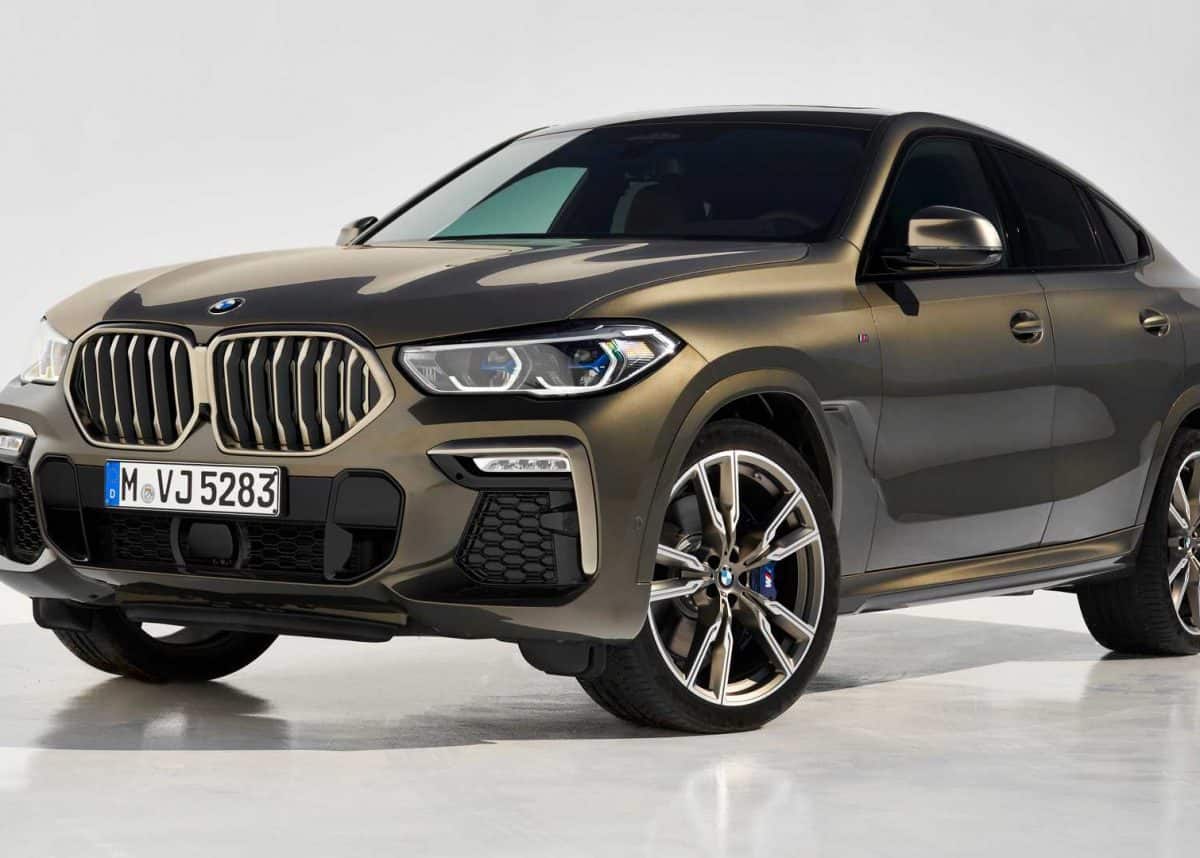 BMW has revealed its third-generation X6 and confirmed it will become available for South African customers later this year.

The X6 is even larger than before, with vehicle width now beyond 2m across. It is also 26mm longer bumper-to-bumper, but BMW’s engineers have made it 6mm lower.

Despite the slightly larger exterior dimensions, the new X6 does not have any additional stowage space, with luggage capacity rated at 580-litres, as before.

Dominating the new X6’s design is an enormous set of BMW’s characteristic grille kidneys, which feature illumination strips. The large luxury SUV’s side profile is also complemented by a selection of large alloy wheel options, with 21-inch rims as standard fitment – and the option of 22-inch wheels.

South African customers will have the choice of two versions when the X6 arrives locally later this year. The M50i is powered by a twin-turbocharged 4.4-litre V8, boosting 390kW and 750Nm.

Those customers who would like their third-generation X6 with superior long-distance driving range can choose an M50d version, which features BMW’s triple-turbocharged 3-litre in-line six engines, good for 294kW and 760Nm.

Both the X6 derivatives drive all four wheels through an eight-speed automatic transmission, although BMW’s engineers have configured torque distribution to mimic rear-wheel-drive characteristics.

Performance numbers are impressive, with the M50i running a benchmark 0-100kph time of only 4.3 seconds. The diesel-powered M50d is just under a second slower, accelerating from 0-100kph in 5.2 seconds. Top speed is limited to 250kph for both models.

All new X6s sport two-stage adaptive dampers, roll stabilisation and active steering as a standard feature, which means that despite their size and weight (in excess of 2000kg), driver feedback should be relatively intuitive and agile.

Air-suspension is optional, and it allows 80mm of total ride height adjustment – which should allow an X6 equipped with it to effortlessly adapt from high-speed cruising ability (with a lower centre of gravity) to relatively accomplished off-road ability, when the highest ride setting is selected.

BMW South Africa says that it expects the first consignment of new X6s to arrive in the country by November.