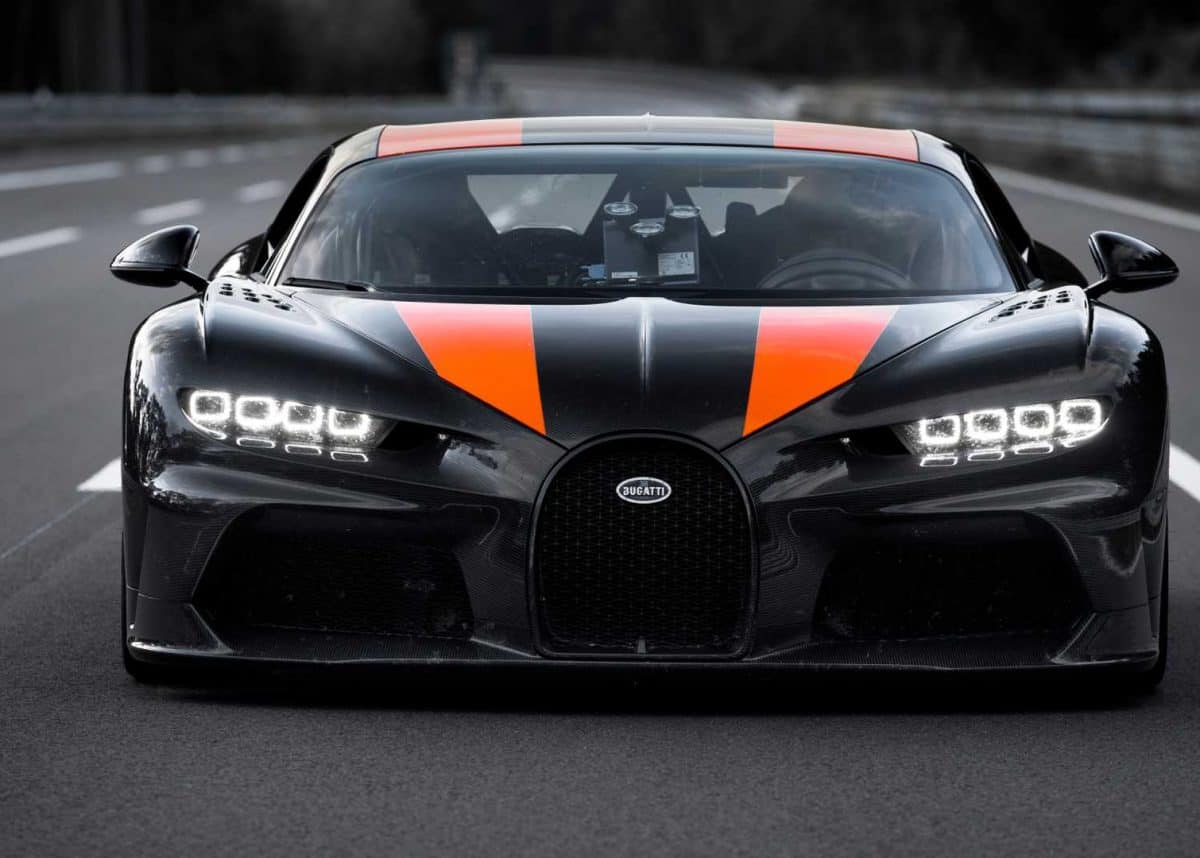 Bugatti has shattered the speed record for production cars with a nearly unbelievable performance by one of its Chirons.

At Germany’s Ehra-Lessien high speed testing facility, Bugatti deployed a unique Chiron with the goal of claiming a record that might stand for quite some time.

The vehicle used was a custom built longtail Chiron, which has been under development for months.

With British driver Andy Wallace behind the wheel, Bugatti recorded a verified top speed of 490kph with its longtail Chiron. And when we say verified, we mean that in the strictest sense possible.

Although Bugatti has set an impressive series of top speed records with its Veyron and Chiron production cars, recent attempts by low-volume hypercar rivals to steal its top speed status have started to irk the brand. Its response has been quite emphatic.

The longtail Chiron is a very special evolution of Bugatti’s current hypercar. Its dramatic appearance is enhanced by 250mm of additional length, when measured nose-to-tail. By increasing its overall length, compared to a standard Chiron, Bugatti was able to improve stability – and in the realm beyond 400kph, aerodynamic stability becomes crucial.

Beyond the lengthened platform and bodywork, Bugatti partnered with French tyre supplier, Michelin, to provide rubber mouldings which would resist warping at 490kph.

Impressive as the engineering that enabled this record is, a few words are probably due to the man who drove the Chiron into an unknown realm. With the passenger seat removed and surrounded by a roll cage and diagnostic computer, Andy Wallace kept his cool and guided the Bugatti to 490kph.

An experienced racer, the 58-year old Wallace is Bugatti’s official test driver and has a string of high-speed road car records to his credit. He had previously driven a McLaren F1 road car to 386kph, in 1998. This record remained intact for 11 years and was also set at Ehra-Lessien, in Germany.

Despite the immense cachet that this record will undoubtedly afford Bugatti, is there any true value for customers of the brand?

The longtail Chiron remains an engineering prototype for the time being, but Bugatti has a reputation for producing limited numbers of upgraded cars for customers willing to pay.

Bugatti’s customers are always eager – and able – to pay, for the privilege of owning the ultimate road car. As such, the possibility of a longtail Chiron production car, similar to the one which set the speed record, is very likely.