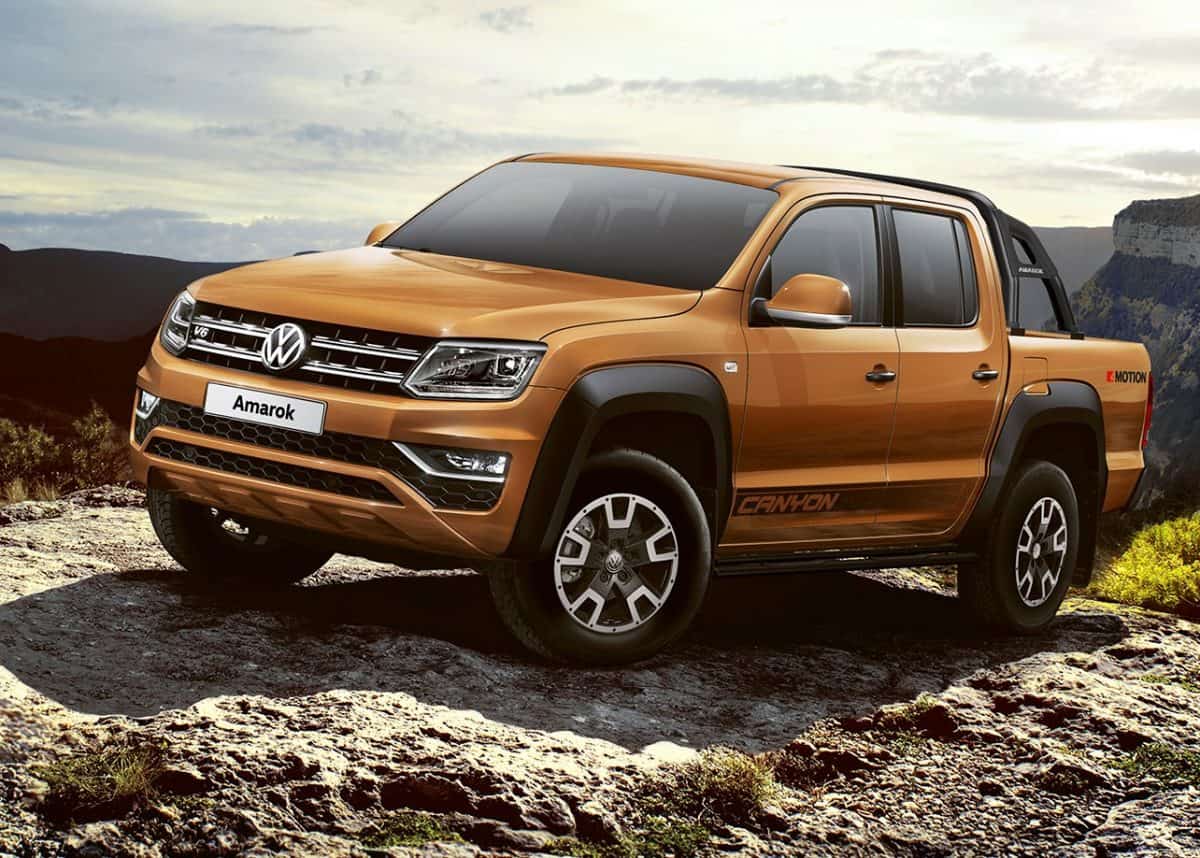 VW has announced an expansion of its Amarok double-cab bakkie range, with a new Canyon derivative.

Since the addition of a powerful 3-litre V6 turbodiesel engine in 2017, VW has experienced a surge in demand for its double-cab.

Combining car-like cabin features with an abundance of power and advanced driving dynamics, the Amarok has become the choice for those who desire a double-cab bakkie with significant high-speed cruising speed potential.

Although Toyota’s Hilux and Ford’s Ranger continue to dominate the local bakkie market, VW occupies a comfortable position as the alternative thinker’s luxury bakkie of choice.

So, what is new with this Amarok Canyon? Well, VW’s designers have styled it with a blacked-out grille, featuring chrome slats, framed by Bi-Xenon headlights.

The wheel arches gain plastic over fenders (which are more durable and scratch resistant if you are venturing off-road), and Amarok Canyon rolls model-specific alloy wheels.

Unlike other Amarok V6 bakkies, the Canyon is aimed at an owner who is predisposed to use this bakkie for arduous gravel travel and off-road exploration. As such, it has been optioned with VW’s Aragura wheel design, sized 17-inches in diameter.

Those wheels are significantly smaller than the hoops on VW’s other V6 double-cabs, and for a good reason: ride quality. A smaller diameter wheel can roll a larger volume tyre, which adds terrain absorption properties, yielding superior ride comfort on corrugated gravel roads.

For those Amarok Canyon owners who wish to use the bakkie’s significant off-road abilities, the larger tyre volume will allow for greater deflation (elongating its tread contact patch), which is essential when attempting to drive through towering dune fields.

Powering the Canyon is VW’s 3-litre V6 turbodiesel, which boosts 165kW and 550Nm. This engine also features an overboost function, which allows for 30-second peaks of 180kW and 580Nm, when a short burst of overtaking acceleration is required.

Geared for impressive all-round driveability, the V6 engine is paired with ZF’s eight-speed automatic transmission and enhanced with intuitive shift-pattern software – which learns and adapts your driving style.

Although the Amarok Canyon is all-wheel drive, it does not have a low-range transfer case – but VW has proven that its V6 engine is so powerful, and the ZF’s transmission’s spread of gears so wide, that the absence of low-range is not an issue off-road.

What does it cost?

If you are committed to adventuring with your Amarok Canyon, the ‘Winter Package’ will be something worth upgrading to. For R5 044, VW will add heated seats and washer nozzles, which mean that a freezing Karoo morning will not annoy you that much – or require hand clearing frost from the windshield.

At a price of R799 000, VW has positioned its Amarok Canyon at a significant discount to its only other V6-powered double-cab diesel rival: Mercedes-Benz’s X350d. The price difference between these two German double-cabs equates to nearly R180 000, which places the advantage squarely with VW’s new Canyon.