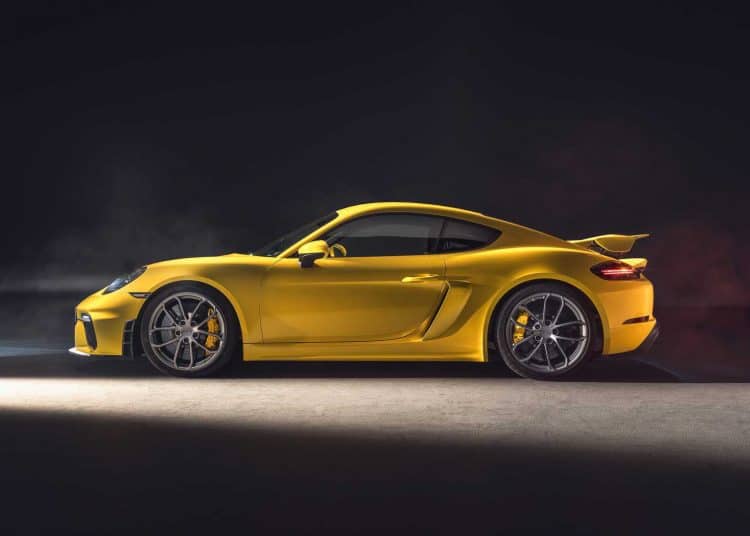 Porsche has announced a significant new addition to its mid-engined sportscar range.

The German brand had expanded its 718 Cayman offering with a new GT4 derivative. For those Porschephiles who prefer the most analogue and authentic driving experience possible, this new car is simply a dream specification.

Using the mid-engined 718 platform, Porsche has reversed its recent trend of engine-downsizing with this new GT4. Instead of being powered by a turbocharged engine, this new Porsche keeps it all-natural.

Sitting amidships in the Cayman GT4 is a 4-litre flat-six engine. Porsche says this engine is not related to the legendary 4-litre of similar configuration which powers its current 911 GT3, but is rather a separate development.

Enthusiasts who pine for linear power delivery will be thrilled to know that the Cayman GT4’s flat-six will spin to 8000rpm and deliver 309kW of peak power on its way to there. Acceleration is equates to 0-100kph in only 4.4 seconds.

A comprehensive aerodynamics package includes an underbody diffuser which generates more downforce than the previous-generation Cayman GT4 and a large fixed rear wing. Despite these aerodynamic modifications, which improve road holding at the cost of ultimate speed, the new Cayman GT4 is still good for 304kph.

Perhaps the most beguiling element of Porsche’s new Cayman GT4 is the fact that unlike almost all of its rivals, it is only available with a six-speed manual gearbox.

Driving purists will revel in the combination of mid-engined balance, naturally-aspirated power delivery and the immersive manual gearbox interface.

The Cayman GT4 is scheduled for South African delivery early next year, with pricing that is sure to do justice to its exclusivity. For many, this could present a pinnacle in Porsche’s performance car building artistry.