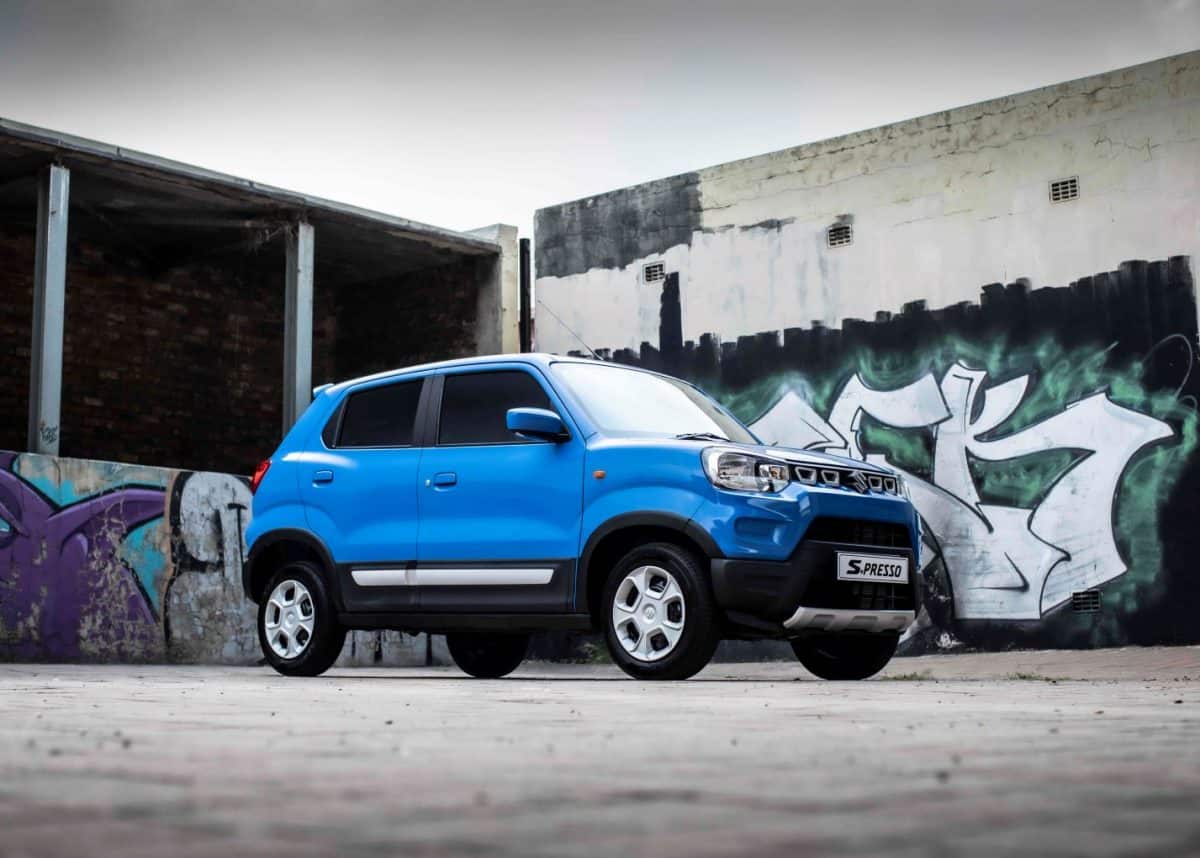 Say what you will about the Renault Kwid or any of the cheaper cars available for sale at the moment. One absolute fact is that these “cheapies” sell very well and it was only a matter of time before yet another powerful brand in South Africa made a play for that piece of the pie — in this case, the ever-growing Suzuki brand.

It makes sense for Suzuki to be playing this space as the company is best known for building compact and affordable cars across the world. Take a look at cars under R200 000 and you’ll see Suzuki at least 12 times with various derivatives.

How is the S-Presso served?

The S-Presso is a five-door, compact SUV hatch. It’s being presented as a compact SUV, but it strikes one as a bit more of a hatch than SUV considering its proportions.

The S-Presso is offered in South Africa in five derivatives, each of which ups the ante in terms of comfort, technology and material specifications as you go up the order.

The car is front-wheel-driven and offered with a choice of manual or automated manual transmissions.

The base S-Presso is the GL, followed by the GL+ derivatives after which the S-editions are the flagships with the most tech and comfort features and rounding out the price range at R160 900 for the S-Edition AMT.

Safety is always a hot topic

In terms of safety, all S-Presso’s are fitted with 2 x airbags for the passenger and driver, ABS and EBD, as well as reverse parking sensors as standard. Moving from the GL to the GL+ and S-Editions, Suzuki has added a reversing camera to the mix.

Suspension is a mix of Mcpherson struts at the front and a torsion-link set up at the rear.

The S-Presso is built on Suzuki’s HEARTECT platform, the same platform on which the DZire, Ignis and Swift are built. This means the body is more rigid, stronger and lighter than previous platforms and this bodes well for things like fuel economy and performance. The S-Presso weighs 770kgs and that makes it 70 kilograms heavier than the Renault Kwid.

To date, the S-Presso has not been crash-tested by any independent organisation.

The design takes functional precedence with a high-riding body and 180mm of ground clearance. Its wheelbase is 2.38m long under a 3.56m vehicle body. This bodes well for cabin space, head and legroom, but the boot space is smaller than its French-badged competition.

All S-Presso models feature a small roof spoiler, but S-Edition models offer a more spruced up design with a number of silver panels and accents running across the whole body. These include front and rear skid plates which add to the SUV-ness of the design, as well as silver strips on each side of the vehicle.

You’ll also tell the S-Edition apart by its black cladding above the wheel arches and under the doors.

The S-Presso is built at Maruti-Suzuki’s plant in India’s capital city and lands in South Africa with a recipe of interior appointments. Your eye will immediately be drawn to the large half-moon centralised speedo and instrument cluster that has a digital readout of speed, fuel and trip information.

Standard on the GL-spec cars, the S-Presso is appointed with electric front windows, air-conditioning, power steering, rear park distance sensors and central locking. There are also colour-coded strips on the door panels that add a youthful vibe.

Add the + to the GL spec and Suzuki has added Apple and Android phone app connectivity as well as a 7-inch colour infotainment touchscreen and USB/Aux ports with Bluetooth.

On the S-Edition, a reversing camera is included, as well as some silver detailing and accents that give the cabin more appeal and match the similarities on the exterior.

All Suzuki S-Pressos are sold with a two-year/30 000km Service Plan, a five-year/200 000km warranty, three-year Roadside Assistance and one-year Insurance, a similar retail strategy to Renault as well.

Suzuki seems intent on breaking sales records in South Africa, a feat that they’ve achieved consistently in the last few years. This S-Presso will help their cause and we look forward to driving the car for a more in-depth, firsthand account of whether it raises the game compared to its competitors, or whether it plays in the same league.

Help support journalists, the guardians of independent journalism, through our student media initiative that gives a voice to students and their generation! Find out more…Tags: Renault KwidSuzukiSuzuki S-Presso