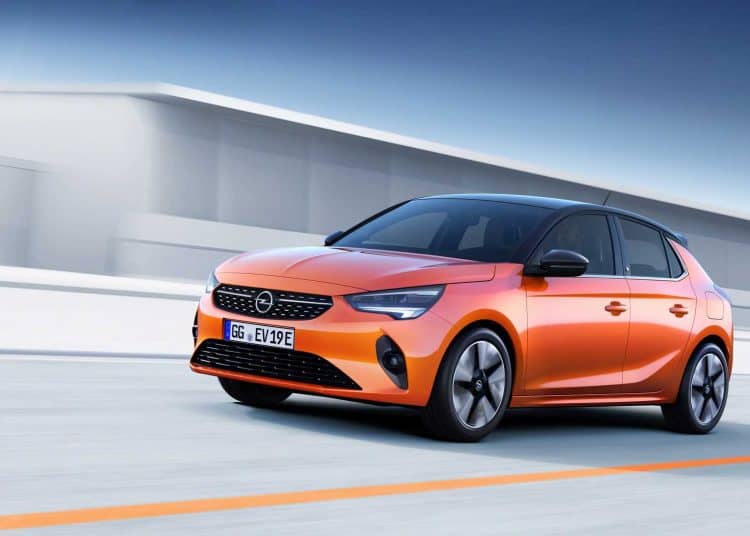 Opel has emerged from a tumultuous few years, including a change of ownership, with an electrified version of its future Corsa.

The German brand is now owned by French consortium PSA (Peugeot/Citroen) and any doubts that it might not flourish under its new strategic direction, have been assuaged by the appearance and technology available with new Corsa.

This lithium-ion powered version of Opel’s slick-looking sixth-generation hatchback has been named the Corsa-e and it offers a very compelling complement of range and performance.

Engineers and designers have shaped the Corsa-e with a 48mm lower roofline than its predecessor, gifting the hatchback a coupe-like silhouette.

That doesn’t mean it is claustrophobic inside: the seats are mounted 28mm lower to compensate, making the most of the car’s battery architecture, which has much fewer mechanical components and enables optimised packaging.

The centre of gravity is also much lower than any internal combustion Corsa, with the batteries located at wheel-hub height. This should give the Corsa-e tremendous stability and mitigate against body roll.

A variety of new technological features will debut on the Corsa-e. These include traffic sign recognition and adaptive cruise control (effectively a mild version of autonomous driving).

Other clever technologies are the glare-free matrix LED headlights and a variety of convenient parking assistance systems which will snuggle the Corsa-e into spaces that you are perhaps not skilled or confident enough to.

The Corsa-e will use sensors to evaluate the parking space dimensions, and steer its own way into it, with a driver only required to modulate the accelerator and brakes.

Mastering the Corsa-e’s infotainment and vehicle information systems is a 10-inch touchscreen tablet interface, which plays nice with both Apple and Android operating Smartphones.