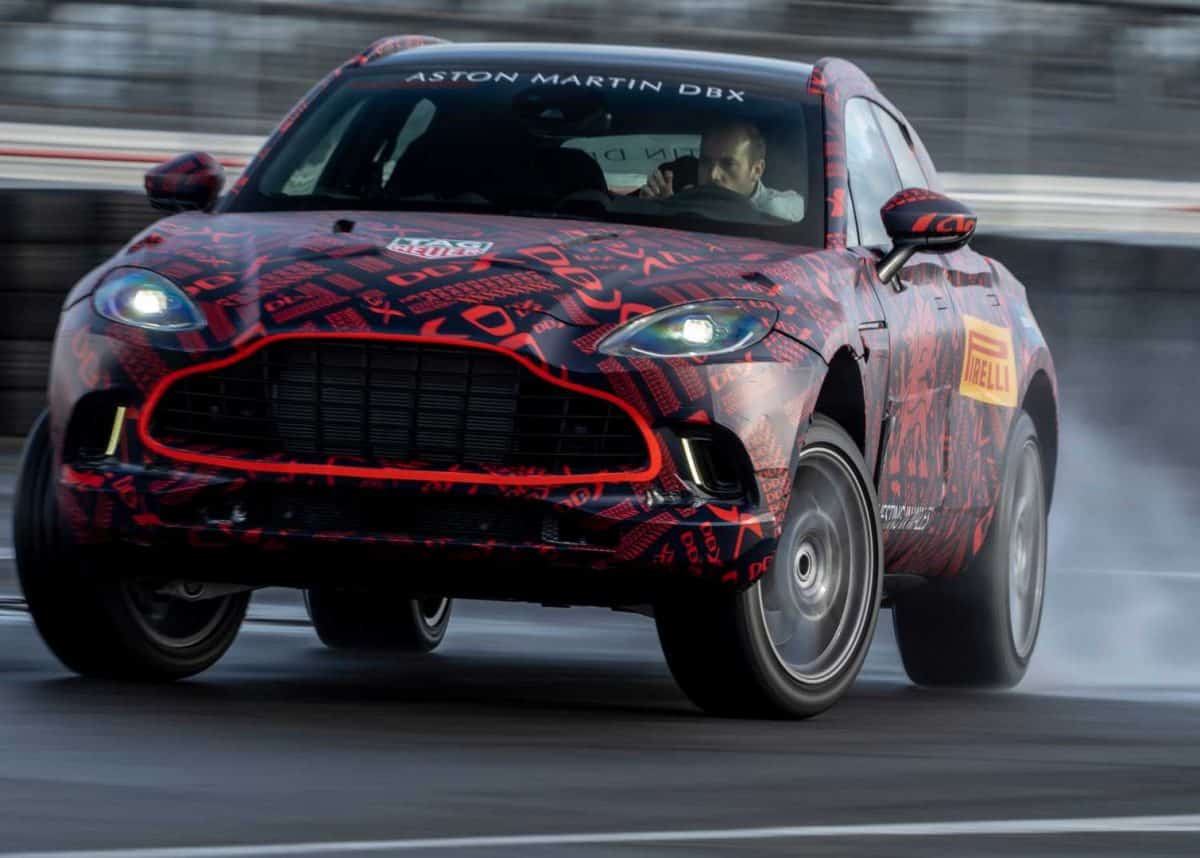 For the British premium automotive brand, which faces the challenge of being an independent manufacturer and risking unknown supply chain disruption with Brexit, the DBX is a vital product.

Traditional sportscar customers have been trading their two-door vehicles for five-door SUVs and Aston Martin is aware that it can no longer ignore this trend.

Like Porsche, Lamborghini and Jaguar, it must also produce an SUV to retain customers and that is exactly the purpose of its DBX.

Aston Martin does not have the luxury of repurposing a platform. Bentley, Porsche and Lamborghini share a similar vehicle architecture for their SUVs, which dramatically reduces engineering costs without sacrificing features. In comparison, Aston’s research and development burden is severe.

The DBX is scheduled for launch at the end of 2019, which means Aston is in its final validation testing with this new vehicle.

Although all images of the DBX still feature it with camouflage, Aston has made some ambitious technical claims for its first SUV.

Powering the DBX will be a 4-litre twin-turbocharged V8 engine, boosting 404kW and 700Nm. Those engine outputs are good enough to deliver a top speed of 290kph for this luxury SUV.

The engine is not Aston’s own design, but sourced on contract from Mercedes-Benz’s AMG division, where it features in several very successful sportscars.

If you are a keen follower of the brand you’ll notice that those engine output numbers make DBX the most potent V8-powered Aston yet. It will certainly be heavier than most of Aston’s two-door sportscars, but despite this, engineers promise that the SUV will be capable of terrific driving dynamics.

Germany’s Nürburgring is generally regarded as the truest test of high-performance vehicle dynamics. Aston has lapped the famous ‘Ring in its DBX prototypes and although they aren’t divulging the exact lap time, it has been confirmed as below eight-minutes. Compared to rivals, that positions the high-riding Aston quite competitively, with Porsche’s Cayenne Turbo S running the Nürburgring lap in exactly eight minutes.

Aston Martin claims that its SUVs has similar corner entry-speed balance to the company’s Vantage sportscar, which is remarkable, and indicates that a very advanced active suspension system must be hiding behind those wheels.

Perhaps the most extraordinary technical detail is that this DBX SUV has superior braking performance to the DBS Superleggera, which is Aston Martin’s lightweight sportscar.

In a market where traditional sportscar brands are being forced to adapt quicker than ever before, Aston Martin realises that its first luxury SUV could sink or secure the company’s future. It appears that all engineering resources have been deployed to ensure that it is the latter.

Help support journalists, the guardians of independent journalism, through our student media initiative that gives a voice to students and their generation! Find out more…Tags: carsmotorist