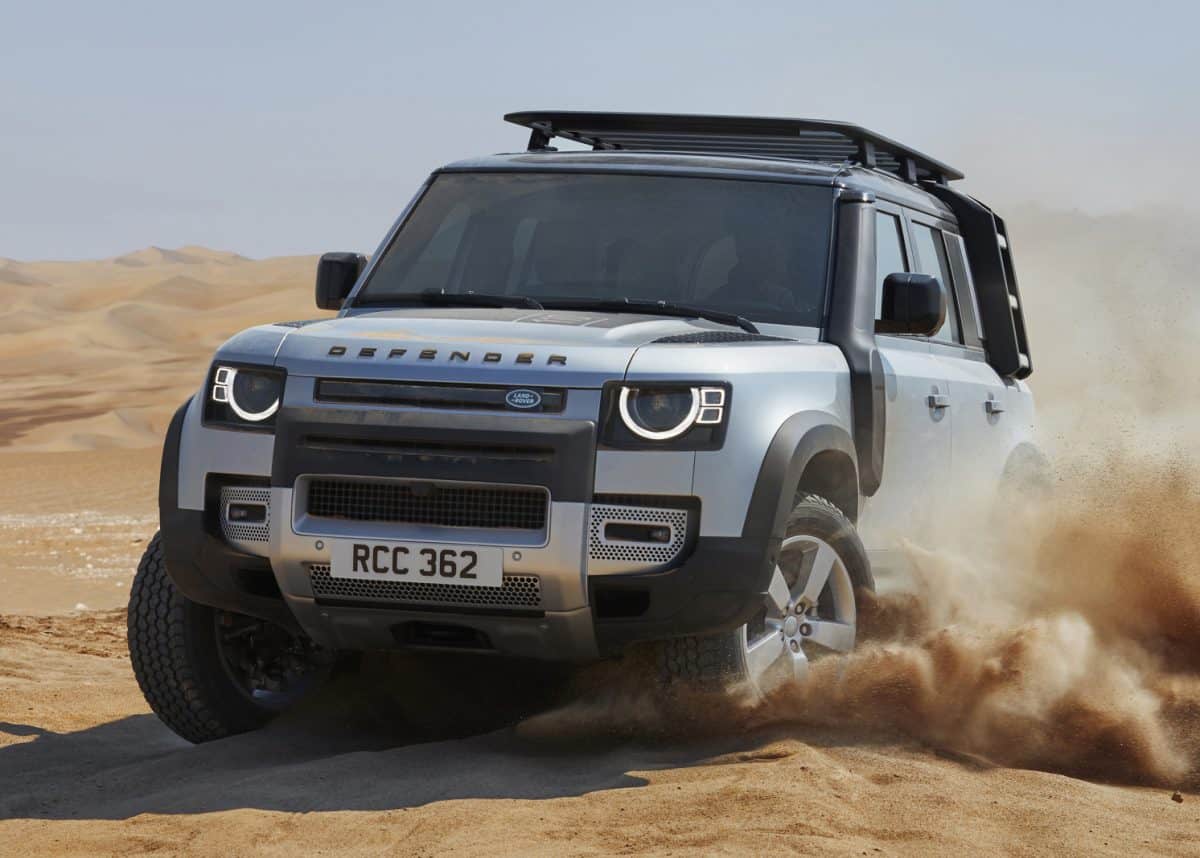 Despite making its loyal off-road enthusiast customers wait a long time for it, the new Defender promises to deliver a thoroughly modernized adventure vehicle experience.

Land Rover was under pressure to produce a design that respected the Defender heritage, but also conformed to modern emissions and safety regulations.

The result is a vehicle which is more powerful, faster, capable, comfortable and safer.

Designers have managed to retain some of the original Defender’s chunky proportions with the new vehicle, which will be available in short (90) and long (110) wheelbase versions.

A significant change has been the move from a ladder frame platform to an aluminium monocoque. This has enabled engineers to build a Defender which is a lot more spacious inside, without bloating the exterior dimensions and making it a nightmare to drive and park in crowded urban environments.

With the second-row seating in use, the Defender 110 has 1075-litres of luggage space, which swells to 2380-litres with the rear seats folded flat.

More capable than the old one

The new Defender features impressive capabilities. It can tow 3.5t and carry 900kg inside. For those long-range expeditions, the roof can also be loaded with 168kg of gear and if you are camping, and the Defender is parked, it will accommodate 300kg of roof tent loading.

Off-road abilities are prodigious, as one would expect from a Land Rover. Ground clearance rates at 291mm and water fording ability is 900mm. A Terrain Response feature harmonises the eight-speed automatic gearbox’s shift patterns and can use a low-range transfer case to increase steep incline climbing performance.

Unlike its predecessor, the new Defender will only be available with automatic shifting – which should greatly increase driving convenience in traffic and perhaps make it even easier to navigate in technical terrain.

The engine offering tallies Land Rover’s latest turbocharged powertrains. For South African Defender customers there will be a 3-litre in-line six-cylinder engine powering the Defender 110. This engine features mild-hybridization and powers up to 294kW and 550Nm.

If you prefer the torque output profile and fuel economy of a diesel, the 110 can also be optioned with a 2-litre turbodiesel, good for 177kW and 430Nm.

There will also be no fewer than 170 individual vehicle accessories available for customers of the new Defender.