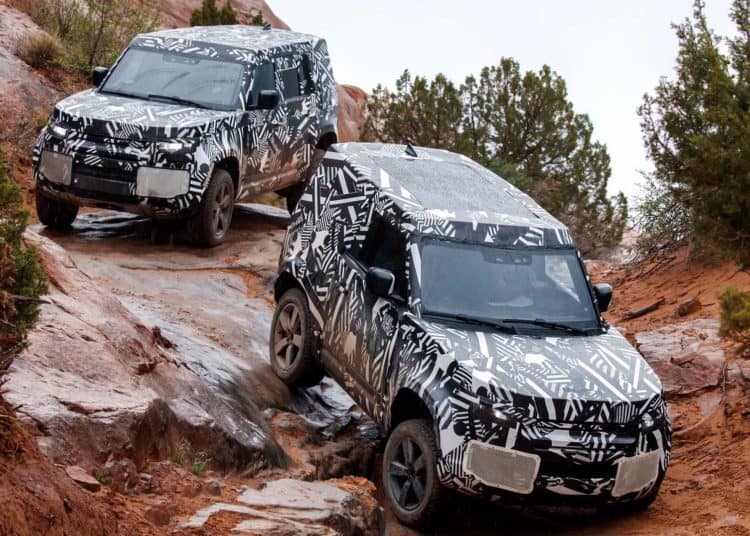 After more than 1.5m kilometres of gruelling evaluation driving, Land Rover’s next-generation Defender prototypes are finally where they belong: in Africa.

The convoy of Defender prototypes will spend most of this month in Africa, completing the final phase of their validation testing. For Land Rover, suffering under the spectre of uncertainty surrounding Brexit, its new Defender is a crucial good news story.

By far Britain’s most iconic vehicle, the original Land Rover debut this month, 71 years ago, at the 1948 Birmingham auto show. Since then it has captivated and enabled the imaginations of many travellers.

Ardent followers of the Land Rover brand have been impatiently waiting for a replacement to the legendary Defender, since production ceased back in 2016. The new vehicle will feature similar off-road capability to the original, but tally improvements such as an automatic drivetrain, more powerful engines and sophisticated passive and active safety systems.

Land Rover’s concluding chapter for Defender’s proof of concept testing will be conquering Kenya’s Borana conservancy, located in the country’s Laikipia country. This area is famed for its high altitude and is remarkably similar to sections of the South African highveld wilderness.

The final adjustments that Land Rover engineers will make after gathering data in Kenya, should bode well for future South African Defender customers – as the two markets have such similar terrain and climate conditions.

Land Rover has confirmed that an undisguised version of the new Defender will be revealed by September. Even more interesting, is that the production location for this latest iteration of Britain’s most iconic vehicle has also been chosen, and it is not in the United Kingdom anymore – but in Slovakia.

As tensions and supply chain concerns have mounted around Brexit, Land Rover were necessitated to be bold in their production strategy with new Defender. The only option to ensure a seamless launch and delivery schedule for customers, was to move assembly to Slovakia.