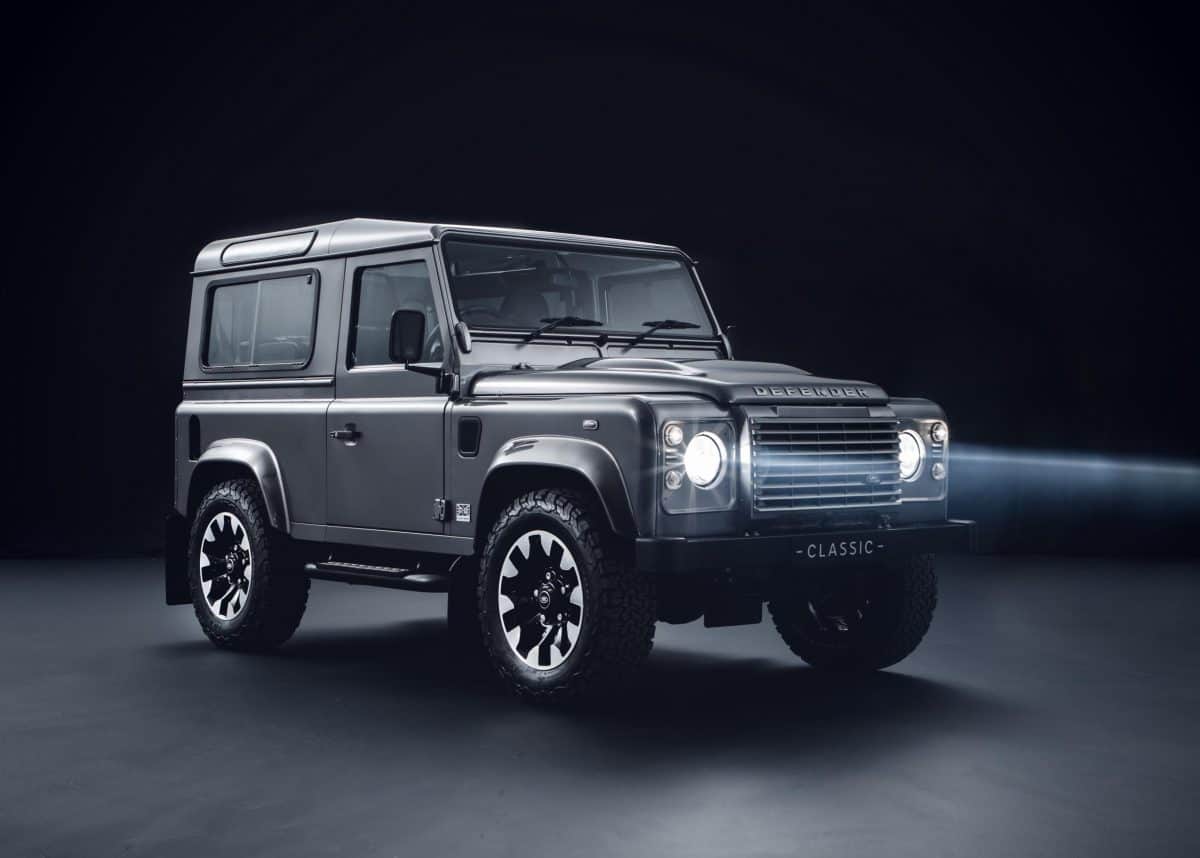 Land Rover has announced a range of very appealing official upgrades for owners of the current Defender.

Although the new Defender’s reveal is imminent, Land Rover has not forgotten its tremendously loyal current customer base.

In an announcement made this week, it will now reward owners of its iconic hardcore 4×4 with a selection of enhancement.

If you own a Defender built between 1994 and 2016 you’ll have an option on the new Land Rover ‘classic’ upgrade, which comprises both styling elements and better technical bits.

For all Defenders in that timeframe, there is an upgrade to ‘Sawtooth’ design 18-inch alloy wheels and ‘Classic Works’ door badging.

Ardent followers of the Land Rover brand will also appreciate that newer tyres, with a higher speed rating and improved rubber compound, have been fitted.

If you desire some of the more significant mechanical upgrades Land Rover now offers for Defender, you’ll need a vehicle which is younger than 2007.

In the Works since last year…

The source of these retrofitted mechanical improvements is Land Rover’s Defender V8 Works. Built last year, to celebrate the brand’s 70th anniversary, these limited-edition V8 Defenders were powered by a huge 5-litre engine, which was supercharged and boosted 298kW.

Due to the massive increase in performance, Land Rover engineers were required to substantially reinforce the vehicle’s suspension components and brakes, or risk the V8 Works becoming a potentially lethal road vehicle.

Those suspension and brake components are now available as part of this new Defender classic kit and comprise superior coil springs, better dampers and chunkier links, pivoted by beefier bushings.

Brake rotor size increases too and although the engine upgrades available as part of this Land Rover Defender classic kit is not quite as radical as the limited-edition V8 Works, they do justify their presence.

An official Land Rover engine software recoding has extracted an addition 30 units for power from the 2.2-litre TDCi turbodiesel, boosting peak outputs to 120kW and 436Nm of torque. Top speed accordingly increases to 170kph, which is the validation for those larger brakes.

The Defender classic upgrade kits are only applicable to 90 and 110 wheelbase models.