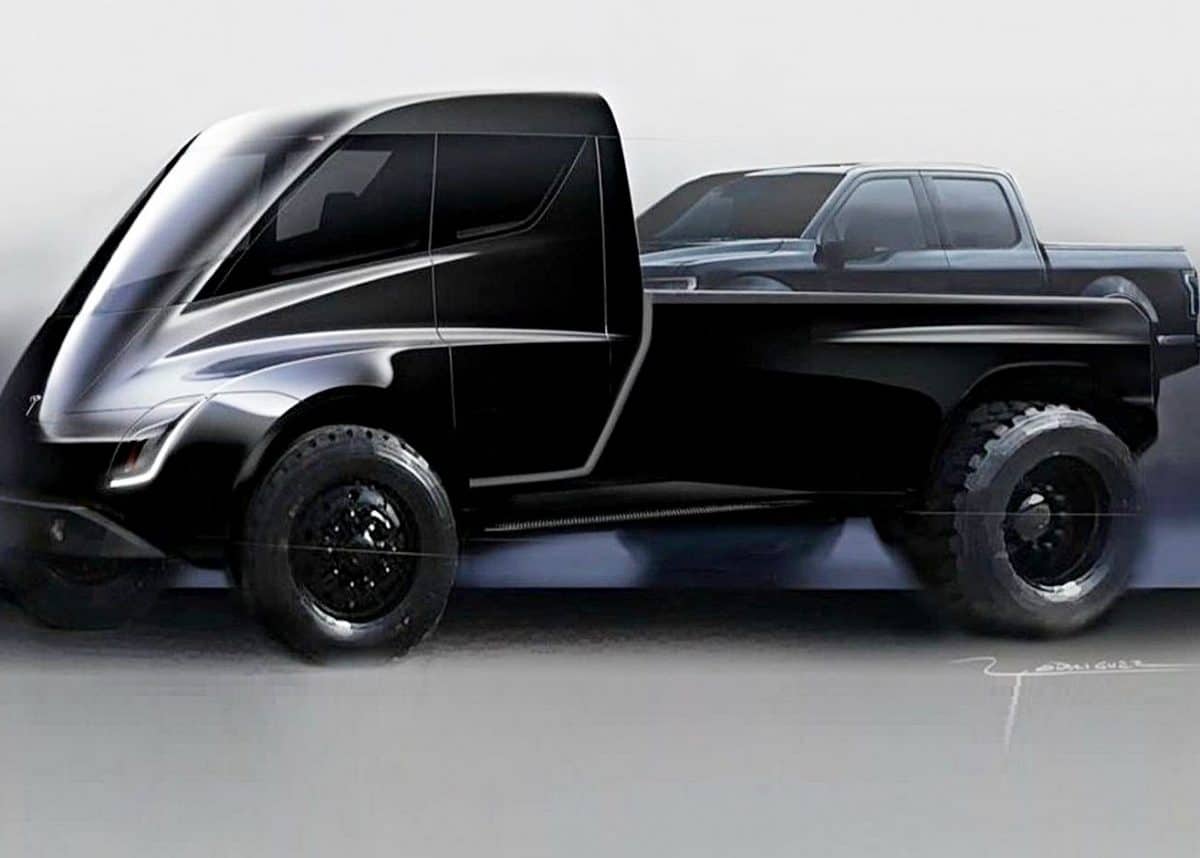 Artist’ representation of what the Tesla bakkie could look like. Image via Teslarati

Elon Musk described it as the “coolest car” he’s ever seen, and is planning to unveil the Tesla bakkie as soon as November. But don’t get your hopes up.

Musk is known for being notoriously optimistic. In November 2018, he promised the Tesla advanced Summon would be ready in six weeks, and we’ve been waiting nearly a year already.

What to expect from the Tesla bakkie

An early concept image of the bakkie was released by Tesla two years ago, with Musk tweeting about it again in March 2019. Musk also said that pickup truck would boast a “cyberpunk design,” and would “not look out of place in Blade Runner.”

He also hinted that the Tesla bakkie would have six seats, 400 to 500 miles of range per charge, a dual-motor AWD, a 240-volt connection for heavy-duty tools, and up to 300 000 pounds of towing capacity.

Tesla never fails to deliver, performance-wise. Even if the release date and price seems a bit off, we can rest assured that the Tesla bakkie would make its competitors look like a toy car.

That said, it would still face stiff competition from Ford, who has been teasing it’s own all-electric F-150. However, the electric F-150 would probably only make it dealerships in 2021. In the Ride the Lightning podcast, Musk explained:

“It’s got to have incredible functionally from a load carrying standpoint, look amazing – but it won’t look like a normal truck. It’s going to look pretty sci-fi. That means that it’s not going to be for everyone- like if somebody just wants to have a truck that looks like trucks have looked like for the last 20 to 40 years, it’s probably isn’t for them.”

If rumours are to be believed, the Tesla pickup will have “more physical controls and less touchscreen,” but with plenty of glossy surfaces and more durable materials.

That said, it is likely that the Tesla bakkie will come standard with the latest roster of tech, including the driver-assistance features such as the autonomous and semi-autonomous driver modes.

How much will the Tesla bakkie cost?

“We don’t want it to be really expensive. I think its got to start at less than $50,000 – it’s got to be like $49,000 starting price max. Ideally less. It just can’t be unaffordable. It’s got to be something that’s affordable. There will be versions of the truck that will be more expensive, but you’ve got to be able to get a really great truck for $49,000 or less.”

Help support journalists, the guardians of independent journalism, through our student media initiative that gives a voice to students and their generation! Find out more…Tags: Elon MuskTesla