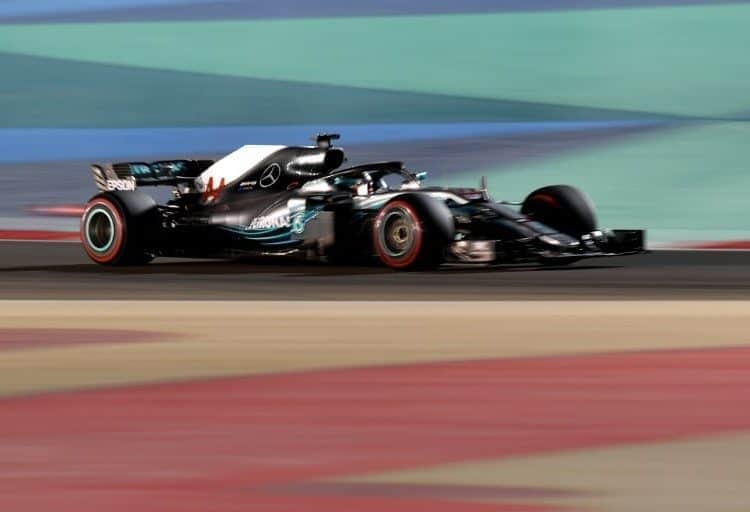 Mercedes’ British driver Lewis Hamilton drives during the second practice session ahead of the qualifiers for the Bahrain Formula One Grand Prix at the Sakhir circuit in Manama on April 6, 2018.

The gap in qualifying was fairly large between Ferrari and Mercedes at the 2018 F1 Chinese Grand Prix. Lewis Hamilton doesn’t seem to be his usual confident self so that is a clear indicator of how things went for team Mercedes. We’ve got the final qualifying times sorted for you.

The weather is forecast for warmer temperatures during race time and that looks like it could be a good thing for team Mercedes. McLaren will go in disappointed while Renault appears to have the fourth fastest car. Force India and Haas are also not that far behind

Also, here’s Lewis Hamilton’s reaction to qualifying and his thoughts ahead of the race tomorrow.

The race gets going at 8:10 South African time on Sunday morning. We will have all the updated standings when everything is said and done.

Help support journalists, the guardians of independent journalism, through our student media initiative that gives a voice to students and their generation! Find out more…Tags: F1Grand Prix