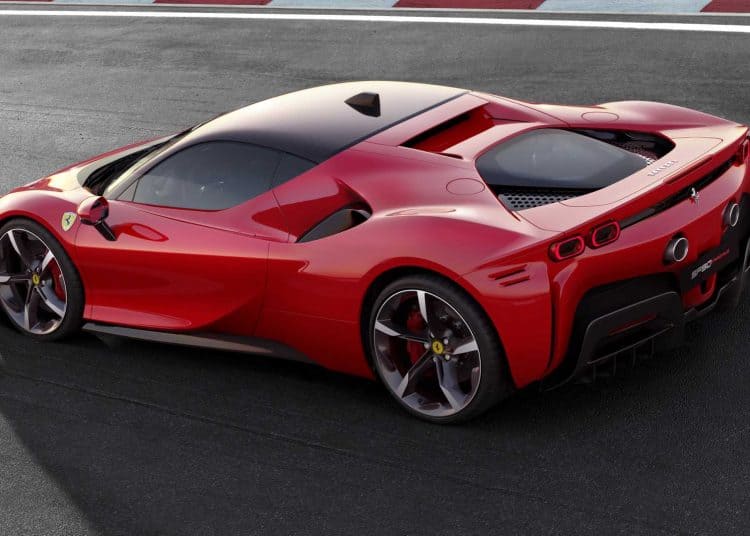 Ferrari has done the unthinkable and revealed its latest supercar, which is hybridized and all-wheel drive.

The fabled brand from Maranello has confirmed that the SF90 is a first step in its vision to have a range of cars which comprise of 60% hybrid models by 2022.

Although the dramatic looks, littered with aerodynamic features, is pure Ferrari design theatre, the SF90 has an on-board 7.9kWh battery pack, which can be plug-in charged.

Energy is also harvested from an integrated starter-motor unit located between the engine and gearbox, and stored in this battery – ready to be deployed when required.

The main source of power remains petrol, with an upgraded version of the company’s 3.9-litre twin-turbocharged V8 boosting 574kW and 800Nm. Those are deeply impressive numbers and when the SF90’s hybrid powertrain system releases energy from the battery pack, it delivers a total output of 735kW.

In terms of driveability the SF90 is a Ferrari of deep contrasts. This is now the fastest accelerating car in Ferrari’s history, capable of running 0-100kph in only 2.5 seconds. Ironically, the SF90 can also cruise on pure electric power, in absolute silence, for up to 25km.

A hybridized Ferrari might be controversial to traditional fans of the prancing horse brand, but the SF90 is even more revolutionary by being the first all-wheel drive Ferrari too.

Electric motors drive its front wheels as needed, as part of the supercar’s sophisticated torque-vectoring system, which enables it to trim the tightest possible driving line through corners.

Similar to other contemporary Ferrari road cars, the SF90 will feature configurable drive modes, making the most of its eight-speed dual-clutch gearbox’s rapid shifting ability, which is claimed to be the fastest of any current production road car.

The SF90 is due to go on sale later this year and its naming convention pays homage to this season’s Ferrari F1 racing car.