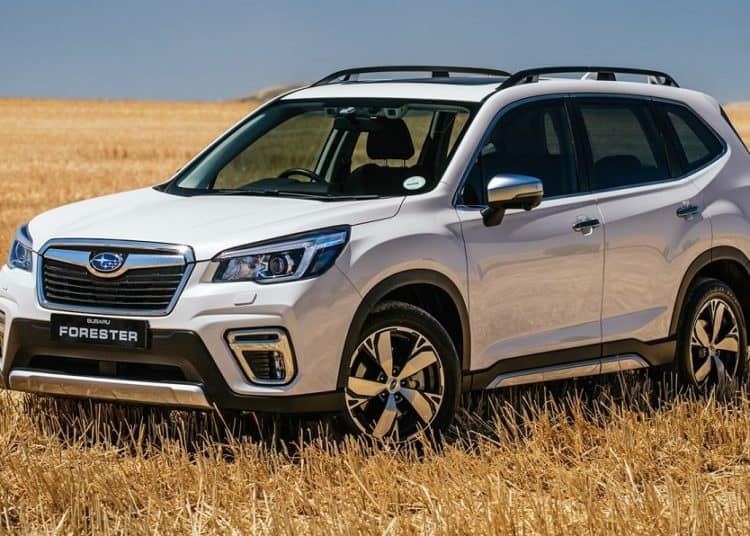 In a contest for the most committed vehicle owners, Subaru Forester drivers would rank highly. Although a niche vehicle in the local market, Subaru’s Forester has a terrifically loyal following, appealing to those who require a family SUV to earn its keep, instead of merely being a status vehicle.

The fifth-generation Forester goes on sale throughout Subaru’s South African dealer channel this week and it features a host of improvements. Overall the design is edgier, with front and rear light clusters showcasing a more geometric outline and overall the vehicle has grown larger and roomier.

Inside the digitisation offering has been improved with superior Smartphone integration. A touchscreen infotainment system mirrors both Apple CarPlay and Android Auto functionality, whist voice-command allows one to navigate and control many entertainment functions without having to remove a hand from the steering wheel.

The highest specification grade of new Forester adds powered seats, a nine-speaker Harmon Kardon audio system, rain-sensing wipers and the obligatory sunroof. Safety technology across the range includes adaptive cruise control graded from 0-180kph and rear-traffic alert, which warns of an impending collision when reversing out of a parking bay.

Improvements to Forester’s ease of use and comfort features are all very necessary in a brutally competitive SUV market, but Subaru has always traded on the inherent quality of its engineering, build quality and long-term ownership satisfaction.

The company’s unusual horizontally opposed cylinder configuration has the benefit of radically reducing any Subaru’s centre-of-gravity and improving stability, especially on its SUVs. A 2-litre naturally-aspirated version of the company’s flat-four engine powers this latest Forester, with its 115kW and 196Nm channelled to all four wheels via a continuously variable transmission. Don’t expect swift performance, but Subaru claims an efficiency figure of 7.6l/100km.

A crucial aspect of Forester’s excellent gravel journeying ability is its all-wheel drive system, which couples via a true centre-differential. Whereas many rivals run a front biased, pseudo all-wheel drive configuration, the Forester’s is locked to a torque split between the front and rear wheels and always drives all four.

It also debuts the company’s new X-Mode system, which allows for two throttle maps, depending on terrain: either mud or sand. Engage the appropriate X-Mode setting and a clever algorithm will optimise throttle response, leaving a Forster driver to focus on steering the vehicle through an off-road obstacle, instead having to subconsciously be burdened with modulating throttle inputs too.

Ground clearance is a very competitive 220mm and reveals the design philosophy of Subaru’s SUVs: these are gravel travel stations wagons which can venture a lot further off-road than most people anticipate. And with 520-litres of luggage space, it has room for all the adventure gear a family could require for those weekend getaways.