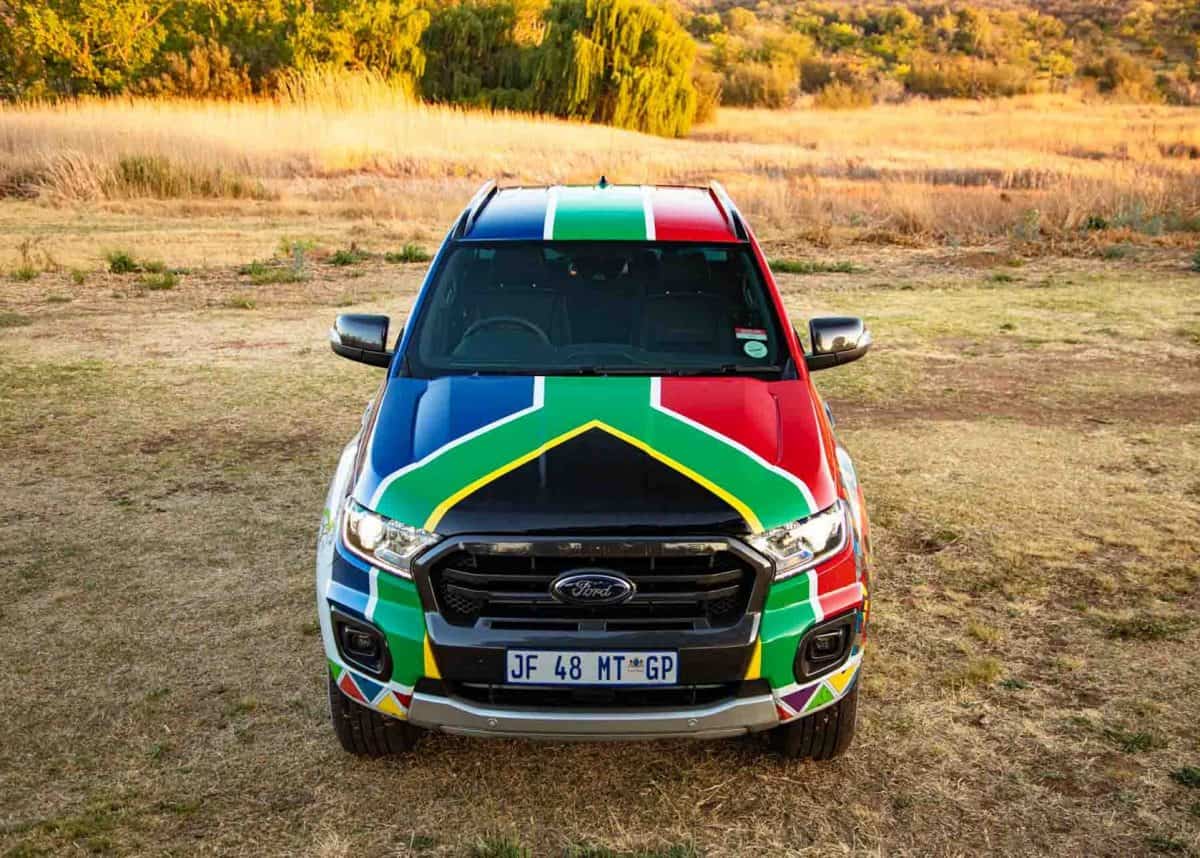 Ford has been building vehicles in South Africa for nearly a century and to celebrate its heritage, a unique Ranger bakkie has been assembled.

Built at the brand’s Silverton facility, in Tshwane, this Ranger is perhaps the most patriotic Ford bakkie to ever leave the American automotive company’s local plant.

The Ranger 3.2 double-cab was sprayed in a unique exterior finish, which celebrates the diversity of cultures in South Africa, and amongst Ford’s local workforce.

Any automotive detailing project is hugely labour intensive and requires great intuition to ensure that what appears to be a workable design on a 2D surface, is related perfectly when applied to a bakkie’s 3D reality.

Ford’s Silverton workers relished the challenge of creating this heritage edition Ranger bakkie. A team of nine people executed the project, working 650 hours – which they sacrificed beyond their regular shift responsibilities at the company.

Labour was divided between five artists, three spray specialists and one assembler. This team used paint brushes and spray guns to apply the artwork and design elements to Ford’s heritage double-cab.

Highlights of the design include South Africa’s national flag spread over this Ranger’s bonnet, which anchors the bakkie’s front view. This flag design is traced across its roof too.

Big game animals are synonymous with South Africa and the Ranger features a large Zebra design across its rear doors and the big five in a curved sequence, around the aft wheel arch.

This heritage edition bakkie was built to celebrate 96 years of local Ford vehicle assembly. With the brand now building more than 10 000 Rangers in its South Africa factory each month (mostly for export), Ford’s contribution to the local economy has grown enormously.

Help support journalists, the guardians of independent journalism, through our student media initiative that gives a voice to students and their generation! Find out more…Tags: FordSouth Africa 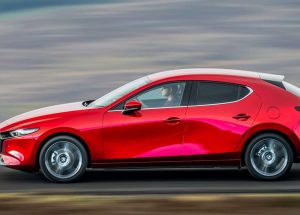 Mazda3 becomes even more impressive in its fourth-generation