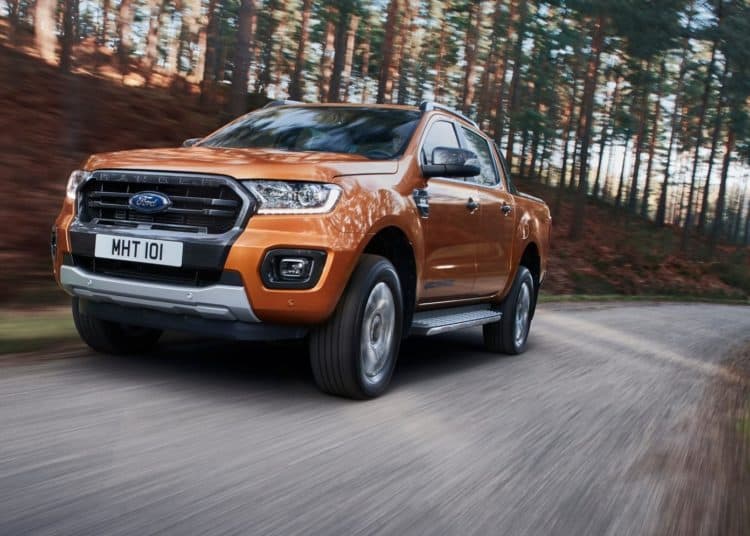 Ford has revealed a Wildtrak version of its new Ranger bakkie, an upgrade which should debut soon in the local market.

Wildtrak is traditionally the halo model of Ford’s bakkie range, denoted by its signature burnt orange hue and this new one tells us a great deal of what to expect as the American brand upgrades its popular double-cab.

The revision of Ford’s T6 Ranger doesn’t feature much differentiation in terms of its appearance, but technically they’ve done their homework. Ford’s double-cab remains the only credible rival to Toyota’s absolute dominance of the South African bakkie market and to close that gap, there are a host of new mechanical bits.

An anchor feature of the new Ranger is its ten-speed automatic transmission, which will make Ford’s bakkie unrivalled in its segment with regards to gearing. Having such a generous spread of ratios will benefit those drivers who desire more responsive overtaking performance, whilst also lowering fuel consumption. Ford’s claim is that its ten-speed gearbox has the potential to reduce overall fuel use by nearly 10%.

The new Ranger pairs smaller, but more advanced, engines to the ten-speed automatic transmission. With the information released around the new Wildtrak, Ford confirmed that it will be offering three versions of the new 2-litre turbodiesel engine as the new Ranger’s global deliveries start throughout 2019.

Although a 2-litre four-cylinder diesel might sound slightly underwhelming for a large double-cab bakkie, perception does not equal performance. VW’s Amarok has proven the case for a 2-litre diesel engine operating under South African conditions.

Of the three new diesel engines the most powerful one features a bi-turbo configuration good for 157kW and 500Nm. This engine will be available in South Africa, as it powers the Ford Ranger Raptor high performance bakkie, which will be built in Tshwane.

Two single-turbo 2-litre diesels will constitute the bulk of Ford’s sales volumes globally, with the cheaper option being a 97kW/340Nm specification engine. The more potent 127kW/420Nm would be most appropriate for local buyers – who prioritise towing performance above absolute fuel economy. It is unclear if both these 2-litre options will be available when new Ranger goes on sales locally, in the next few months.

Beyond the new engines, Ford has stealthily used the Wildtrak global debut event to whisper about improvements which are not obvious – but most welcome.

The Ranger’s tailgate lock is now an integrated function of the central locking system (a brilliant feature for high-frequency crime markets, such as SA) and its autonomous braking system has been reprogrammed to recognise pedestrians.