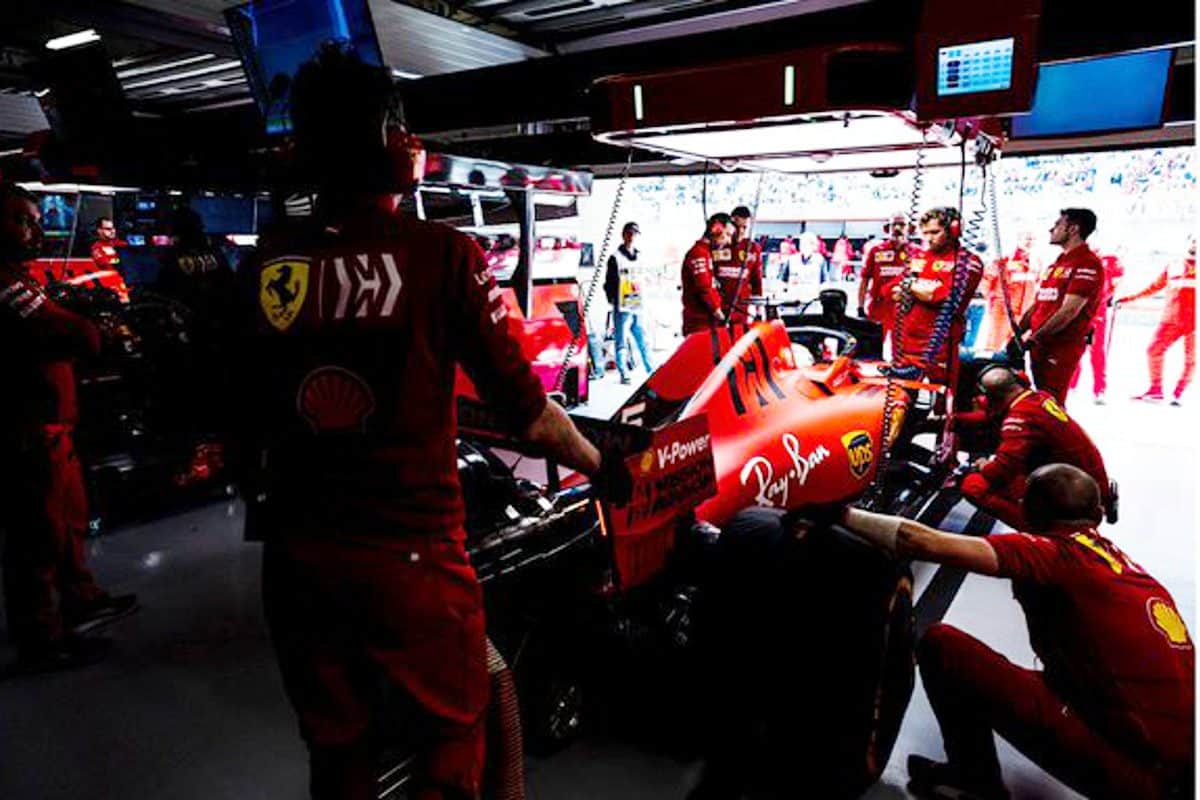 Formula 1 heads to Suzuka this weekend with Mercedes looking to land a knockout blow in the championship but Mother Nature could have the final say – and if she doesn’t, expect Ferrari to pipe up.

Lewis Hamilton and Valtteri Bottas only need to outscore the Ferrari team-mates by 15 points this Sunday for Mercedes to claim the Constructors’ Championship.

Suzuka, home of the Japanese GP

Round 17 of the 2019 F1 World Champion sees the circus head east to the Suzuka circuit, a track where aerodynamics in king for the first half and horsepower takes over in the second.

One of the most challenging circuits on the calendar, the 18-corner Suzuka track is one of pure driving pleasure.

“Suzuka is probably my favourite circuit of the whole season,” said Sebastian Vettel.

“It is the only track in the championship that has a figure of eight layout and, in some ways, it reminds me of the sort of tracks we played on when I was a little kid.

“Except that there’s nothing kid-like about this circuit, given that it features thrilling corners like 130R and that sequence of esses in the first sector.”

Ferrari out to ruin Mercedes’ party

With the second half of the circuit putting the emphasis firmly on horsepower, Japan has been a happy hunting ground for Mercedes over the past five years.

The Brackley squad has claimed each and every win since the start of the V6 era with Hamilton taking four of five wins. His former team-mate Nico Rosberg won in 2014.

Red Bull scooped up the leftovers in the past three seasons while Ferrari last stood on the podium in 2015 with Vettel P3 on the day.

This year, though, all the predictions have Ferrari gatecrashing the Mercedes party.

“We have a strong track record there, having won every Japanese Grand Prix in the hybrid era, but we expect this year to be challenging given the strength of our opponents,” said Mercedes motorsport boss Toto Wolff.

“It will be a very close battle on track – and one that we very much look forward to.”

The Scuderia’s power unit has come to the fore in 2019 with Mercedes acknowledging that Ferrari’s engine is now the pick of the bunch.

With the SF90 also designed for the straights (Ferrari desperately wanted that Monza win), their package is on paper better suited to the Suzuka circuit that Mercedes’ W10.

But, of course, it could all depend on whether Ferrari shoot themselves in the foot – again.

The Italian stable has made a habit of that with mistakes on the track and from the pit wall thrown into the mix along with reliability issues and controversial team orders.

The latter caused trouble as recently as the previous race, Russia.

In that instant Ferrari tripped up over their own strategy, had yet more reliability issues, and ultimately handed Mercedes an easy walk to the 1-2.

Another 1-2 and that’s the Constructors’ for Mercedes

Should Mercedes secure another 1-2 this Sunday that will be the Constructors’ Championship wrapped up for a sixth successive season.

With a maximum points haul of 44 on offer each weekend (25 for first, 18 for second and an extra point for the fastest lap of the grand prix) and just four races after Japan remaining, Mercedes only need to outscore Ferrari by 15 points to wrap up the championship in Japan.

If Hamilton wins he will also punt everyone but his team-mate Valtteri Bottas out of the race for the Drivers’ Championship. One races later and Bottas is likely to be gone too with Hamilton securing title No.6, but that’s a story for Mexico.

Red Bull dropping off the pace

Red Bull will try to enter into the mix but already Max Verstappen has begun to question the team’s fall from grace.

Red Bull were Mercedes’ closest challenger in the build-up to the summer break with the Dutchman winning in Austria and Germany.

He has only been on the podium once since F1 returned from its break, P3 in Singapore.

“Looking at the last couple of races it seems that we will be half a second short in Japan,” said Verstappen.

“Of course we will try everything to close the gap, but half a second you cannot catch up in two weeks’ time.

“The expectation was to close the gap to the competition, but at the moment it does not look like it. We have to work hard to close the gap, otherwise next year will be lost too.”

That, though, doesn’t mean the likes of McLaren and Renault, fourth and fifth in the championship, will be taking on Red Bull this Sunday.

The RB15 should have the edge but it is those behind who, as they have done often this season, could offer the best racing.

Carlos Sainz may be complaining about F1’s TV lads not getting them in the shots but when they do, it is wheel-to-wheel from P7 down to P18.

Williams, alas, seldom really enter the race and aren’t likely to do so in Japan given the nature of the track.

Mother Nature could have the final say

However, Typhoon Hagibis could have the final say, especially in qualifying.

The super typhoon is expected to hit Japan on Saturday with winds of up to 270kph.

Should the wind and rain arrive, qualifying will likely be postponed to Sunday morning as it was back in 2004.

And as we have seen this season, rain on Sunday could not only cause havoc but also throw the form book out of the window.

Help support journalists, the guardians of independent journalism, through our student media initiative that gives a voice to students and their generation! Find out more…Tags: FerrariFormula 1Japanmercedes