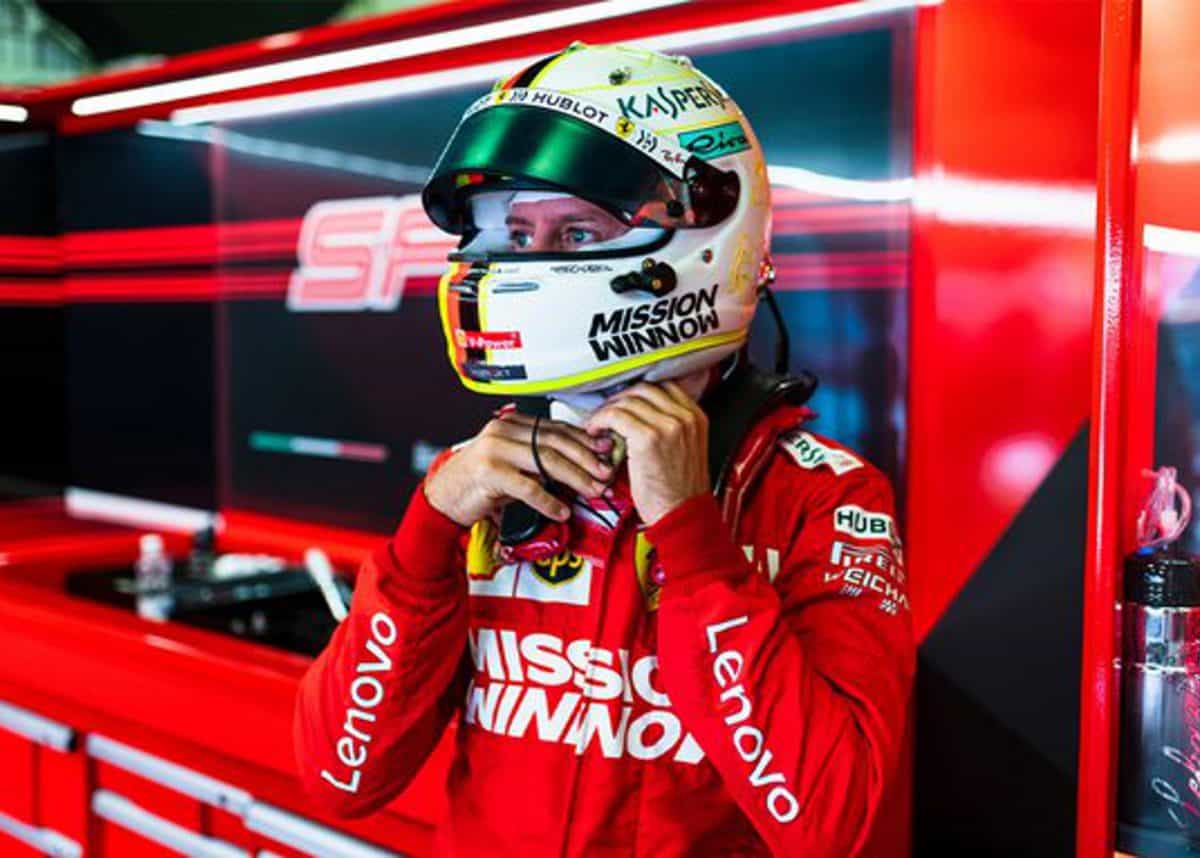 Ferrari arrived in Russia on the back of three successive grands prix wins, their first of this season, but imploded in the race to hand Mercedes an easy victory.

As Sebastian Vettel and Charles Leclerc squabbled over the radio after team orders were issued, the trust was eroded, the ramifications of which could be felt into 2020.

Ferrari opt for youth and experience

This year Ferrari went against their usual policy of only racing experienced drivers, opting to sign Charles Leclerc as Sebastian Vettel’s team-mate.

The Scuderia made it clear from the get-go that this championship was all about Vettel, calling him the preferred driver on several occasions.

Leclerc, in only his second season in Formula 1, was here to hone his craft and learn from Vettel.

Ferrari backed up their words with actions as, from the very first race of the season in Australia, team orders were issued in Vettel’s favour.

Two weeks later Leclerc showed his mettle as he bucked an order not to pass Vettel; did so and would have raced to his maiden grand prix win had it not been for a cylinder failure.

Fast forward to round 16, the Russian GP, where Vettel arrived on the back of his very first win of the season.

Leclerc lined up P1 on the Sochi grid and had two options given the length of the run to Turn 1. He could hand rival Lewis Hamilton the slipstream or he could give it to Vettel. He of course gave it to his team-mate.

But such was the tow that Vettel not only shot past Hamilton, he also overtook Leclerc to lead the grand prix.

Almost immediately Leclerc asked Ferrari to tell Vettel to give back the position. The German, who eked out an advantage over his team-mate, said Leclerc would have to first close the gap.

He couldn’t with the Monégasque driver making his displeasure at Vettel’s actions well known, 12 laps worth of known.

As the grand prix played out, Ferrari gave Leclerc the under-cut in the pits, Vettel was penalised by the team’s strategy and, immediately after his pit stop dropped him behind his team-mate, retired the car with a MGU-K failure.

That brought out the Virtual Safety Car and handed Mercedes a free pit stop with Hamilton, having been elevated to P1 when the Ferraris pitted, maintaining the lead – and taking the win.

To trust or not to trust

Despite his growing frustration during the grand prix, Leclerc toed the party line when he spoke with the media in the hours after the race.

The 21-year-old insisted Sunday’s showing had not harmed his relationship with his team-mate.

“I think the trust is unchanged and we need to trust each other because it’s usually important for the benefit of the team in some situations to know that you can count on each other in the car and vice versa.”

Vettel, though, has a history of only listening to team orders that suit him. Just ask Mark Webber about ‘Multi-21’.

In Russia the four-time World Champion claimed he didn’t understand the pre-race agreement.

“I don’t know exactly what happened. I think we had an agreement, I spoke with Charles in particular before the race, I think it was quite clear, but maybe I missed something,” he told Sky Sports.

“I’m sure we will talk about it but it’s bitter today because we wanted to have the cars finishing one and two, so not the result that we wanted.

“I thought it was clear what the plan was and I did my part, so I didn’t understand it in the moment, I just tried to do my race.”

The vultures are circling

Ferrari’s biggest concern at present is how to get two feuding drivers to work together for the good of the team, a team that has not won a World title since 2007.

Instead of walking away with the 1-2 in Russia, they had a third, a DNF and a breakdown in the relationship between the two drivers.

“Of course, [team boss] Mattia [Binotto] is well aware of how this kind of dynamic can work as he has experienced it before when he was a young engineer.

“But now the honour and obligation falls to him to make sure that mechanism that drives what can be healthy rivalry runs smoothly.”

Already the naysayers are circling with Vettel’s former boss Helmut Marko predicting that the Russian controversy is the beginning of the end of Vettel’s time with Ferrari.

“Ferrari failed to win the race despite having the fastest car. Although Sebastian was the faster man, they sacrificed him. For me, Vettel has no future at Ferrari.”

Although the German is contracted to Ferrari for 2020, Vettel has been dogged throughout this campaign by rumours that he is considering hanging up his helmet.

Being undone by a youngster and having his own team turn against him may be the catalyst.

Help support journalists, the guardians of independent journalism, through our student media initiative that gives a voice to students and their generation! Find out more…Tags: FerrariFormula 1motorsport