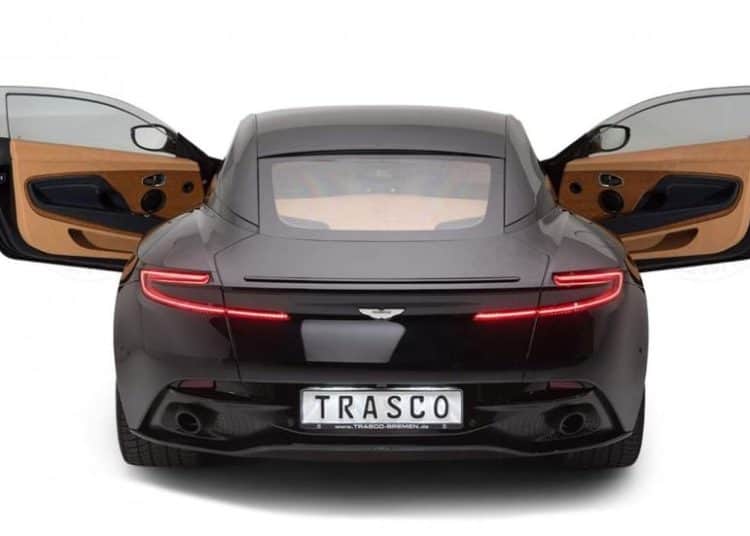 Most armoured vehicles are either long-wheel base limousines or SUVs but now the car company of choice for James Bond, has revealed a different take on personal transport security.

Armoured cars are usually the privileged transport of presidents, whether they run countries or companies. And the vehicles which are armoured to withstand a potential hijacking or assassination attempt, aren’t ever the kind you’d like to drive enthusiastically. To redress that issue some clever chaps in Germany have engineered an armoured version of Aston Martin’s DB11 – and it’s not a movie car stunt special, you can actually order the upgrade for your road-going DB11.

The appeal of an armoured Aston Martin DB11 is that you get one of the most attractive-looking cars on sale, with all the protection you could possibly want, and without ruining the appearance of driver appeal of the V12-powered two-door coupe.

German engineers working for Trasco spent a great deal of effort to ensure the armoured bits are as stealth as possible, careful not to upset the elegant styling of Aston Martin’s DB11. In terms of ballistics specification, the armoured DB11 is built to withstand level 4 handgun attack, which covers everything up to 44 Magnums.

Trasco’s technicians have added a blend of bulletproof steel and composites to achieve the required level of protection, whilst all windows have been replaced with much thicker, armoured glass. An unexpected benefit of that last technical upgrade should be superior sound insulation too, thanks to the heavier glass.

Not only is Trasco’s Aston Martin DB11 the best-looking armoured car around, but with only a 150kg burden of weight to gain bulletproof status, the driving dynamics aren’t nearly as comprised as in some other armoured vehicles, which can often be half a tonne heavier than their standard production mass. If you need to make a getaway in style, with speed, in the manner than James Bond always manages, this 1.9t DB11 is probably your best choice.

For the brand synonymous with James Bond, it is very fitting that somebody has eventually built a bulletproof Aston Martin which has true driver appeal and a sense of style for those VIPs who prefer to drive instead of being driven.

Help support journalists, the guardians of independent journalism, through our student media initiative that gives a voice to students and their generation! Find out more…Tags: James Bond