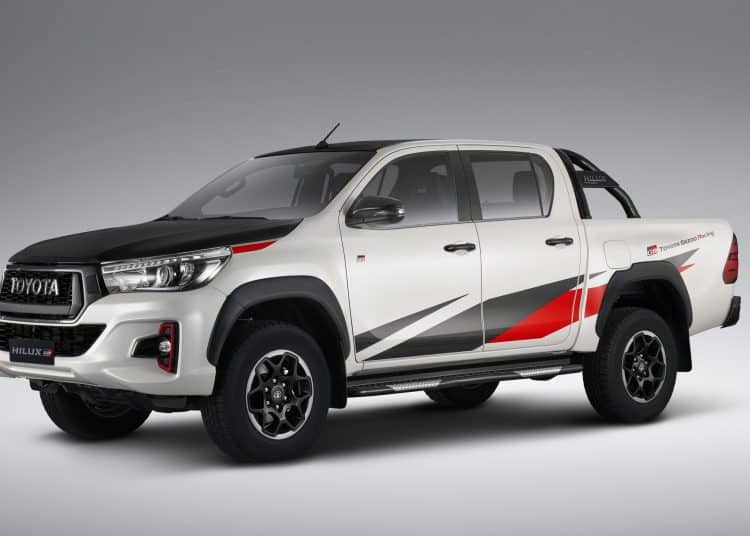 Toyota has announced pricing for its limited edition Hilux GR Sport derivative, which is due to go on sale in July.

With demand for Hilux remaining tremendously strong, Toyota is leveraging its dominance in the local vehicle market by growing the offering within its most successful range of vehicles.

What makes it different?

The wheel detail is interesting, because these are smaller than the optional 18-inch wheels you can specific on a Hilux, but roll 265/65 profile tyres.

Toyota’s logic with the GR Sport is that a larger volume tyre is better suited to its customer profile, which would include drivers keen on exploiting the bakkie’s off-road ability.

Enhancing the GR Sport’s rough terrain ability are revised springs and a twin-tube damper system, with greater rebound resistance. What it means in practice, is that if you hit a bump or hole at speed, the GR Sport is a lot less likely to blow through its suspension travel and bottom-out.

Beyond the trick suspension, Toyota’s GR Sport is mechanical similar to any other Hilux 2.8 turbodiesel, producing 130kW and 420Nm.

It also becomes the first Hilux to price beyond R700 000, with only 535 examples allocated to local buyers and scheduled to retail for R707 400.