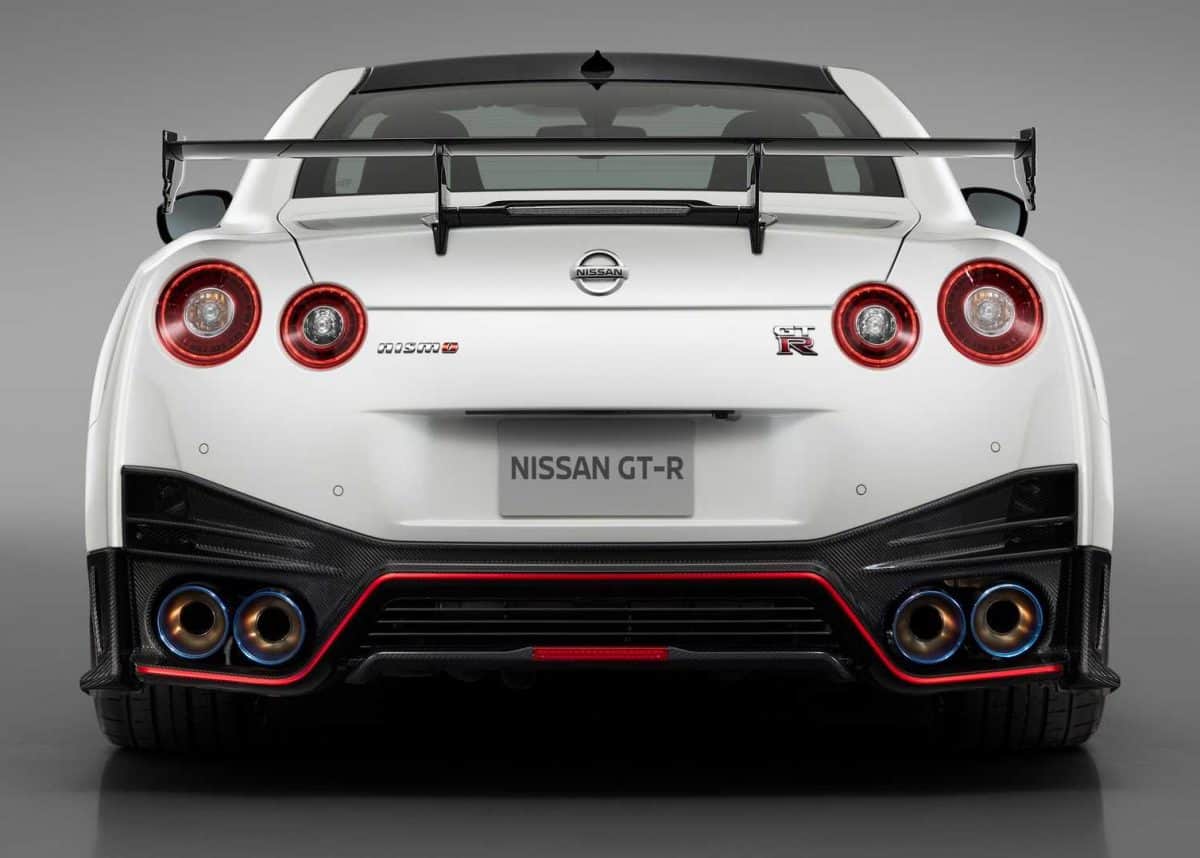 Nissan has offered enthusiasts a very credible European supercar alternative for the last 13 years, in the guise of its GT-R.

The seminal Japanese performance car might be getting on in years, but it remains a crushingly accomplished performance car – and Nissan has announced some choice upgrades to keep it relevant.

Leveraging technologies developed by its engineers who work on the company’s GT3-specification racing cars, the latest GT-R Nismo offers even more overwhelming performance than before.

Distinguished by a range of aerodynamic styling features – which include a composite front splitter, bonnet, wheel arch ducts, and a fixed rear spoiler – the latest GT-R Nismo looks like a true road legal track car, which it is.

Nissan’s engineers have increased the volume of carbon-fibre surface components and managed to lighten the car’s overall weight by 20kg. Particular highlights of the GT-R Nismo’s design include the colour contrasting of its Italian sourced Brembo brakes (in bright yellow) and burnished titanium exhaust ends, which are metallic blue.

As with all GT-Rs, this new Nismo version is a car concerned with driving dynamics and speed – instead of appearance. Its 20-inch alloy wheels roll an evolved tyre, developed by Dunlop, which has fewer grooves and a wider tread, increasing contact patch and mechanical grip by 11%.

Nissan’s engineers have also recalibrated the GT-R Nismo’s steering system, to provide improved linearity – which requires fewer steering correction at speed. The claim is that this yields enhanced stability at velocities up to 300kph – which is the Nismo version’s top speed.

Powering the latest GT-R Nismo is a relatively unchanged 3.8-litre turbocharged V6, which boosts 447kW. What has improved is the turbochargers’ internals, which are now similar to those found on Nissan’s GT3 racing cars, making throttle response 20% more agile.

All the latest Nismo upgrades equate to a 2.5 second quicker lap time around Nissan’s own test track. For buyers who wish to purchase this latest chapter in the GT-R legend, local pricing and availability are still being decided.