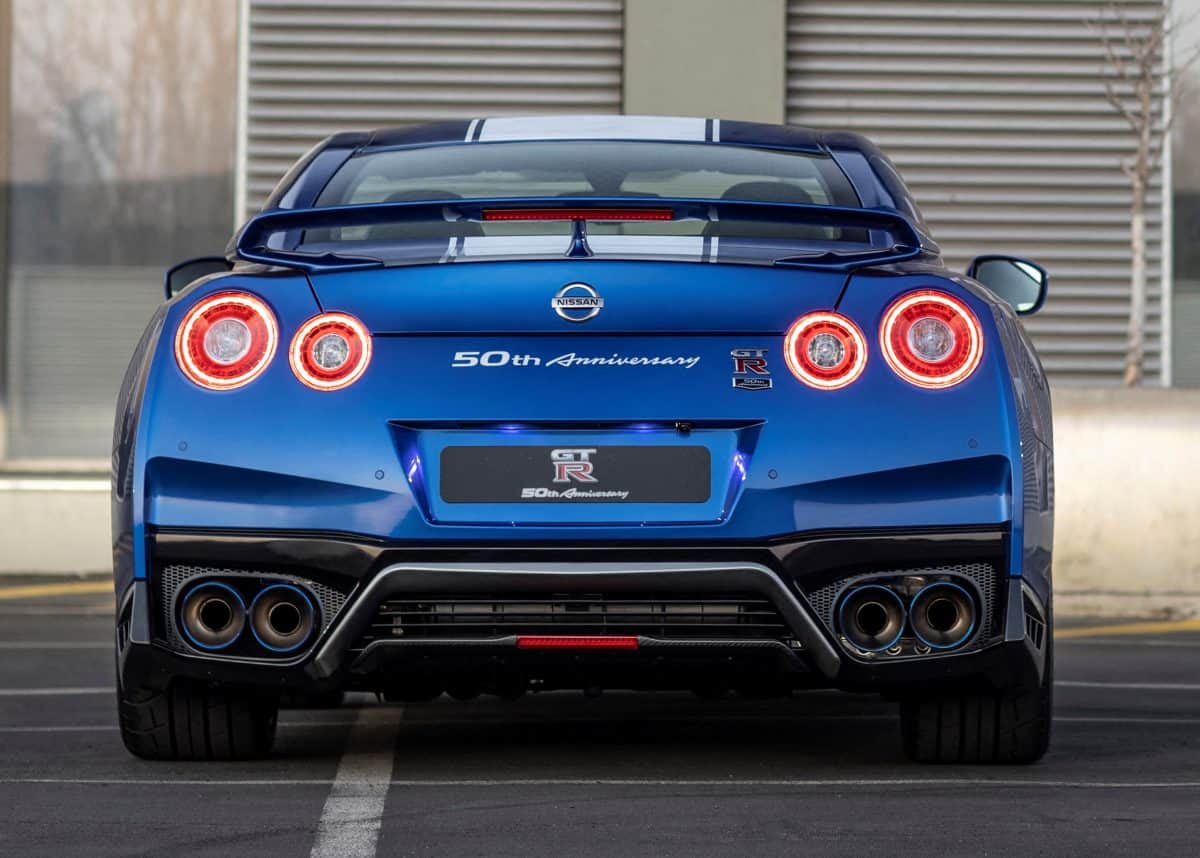 The Nissan brand is best known for its bakkies and SUVs in South Africa, yet it also trades the only legitimate Japanese supercar: GTR.

Affectionately known as Godzilla amongst ardent followers of all things automotive, the current GTR might be getting on in age – but it remains a devastatingly effective high-performance vehicle.

Great news for fans of Nissan, is that the Japanese brand is now officially offering its latest GTR on sale to local customers.

Shown at the New York auto show earlier in 2019, these new GTRs celebrate will also serve to celebrate 50 years of the iconic Japanese nameplate.

The upgraded GTR range is three derivatives strong, with a premium edition, back edition and 50th anniversary edition. Nissan will also be offering the anniversary cars in three different exterior colour schemes.

Although these latest GTRs all feature the same mechanical configuration, they are differentiated by slight design alterations.

With a starting price of R2 250 000, affordability is an elastic concept with these outrageous Nissans, but the premium edition is entry starting point into GTR ownership.

If you can manipulate the car budget to R2 360 00, that upgrades you to a black edition Godzilla. This specification adds some exclusive black and red seats and trim items.

The cars that will perhaps be most iconic, and could become future classics, will be the 50th anniversary ones.

Nissan distinguishes its 50th anniversary GTRs with a range of two-tone exterior finishes.

You also have the choice of three colours and the hue you choose, could have a significant influence on the future value of your 50th anniversary edition GTR.

The pearl white finish (with red decals) prices at R2 405 000 and you’ll pay the same for an ultimate silver one (with white decals).

But the GTR 50th anniversary edition you really want, is the bayside blue car (with white decals), positioned at R2 415 000.

Why is the blue car better? Well, historically, it has a clearer heritage to all things great about the R34-generation GTR Skyline. This was also the last GTR to offer Wangan (bayside) blue as a signature colour – something which has only now been revived as a Nissan product colour, specifically for the 2020 model year GTR anniversary edition.

By far the most expensive Nissan (and Japanese) car range available in South Africa, GTR might be riding on a platform which was introduced in 2007, but a continues stream of slight engineering evolutions have kept it relevant.

For the local market its 3.8-litre twin-turbocharged V6 boosts 410kW and 632Nm. Those outputs are channelled to all-four wheels, via a six-speed dual-clutch transmission.

The price for a GTR has increased markedly over time, but it remains a massively accomplished supercar. This is a Japanese vehicle entirely capable of competing with the most exotic European supercar brands.

Performance numbers for the new GTR classify as follows: 0-100kph in 2.9 seconds and a top speed of 315kph.