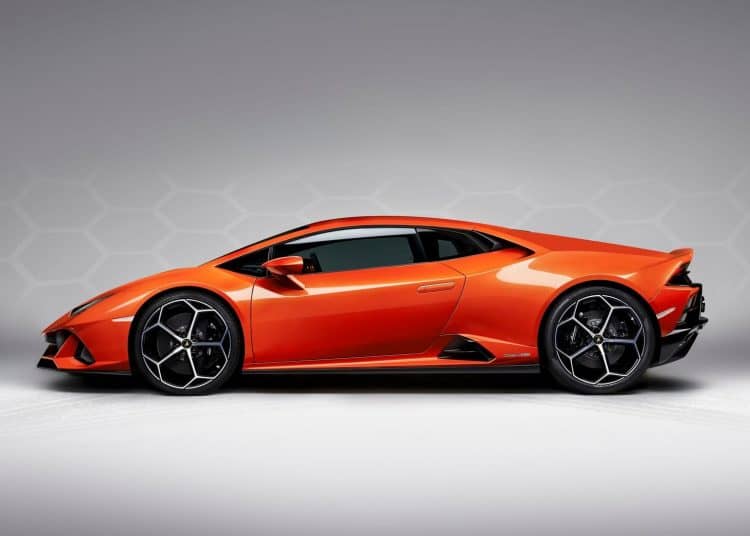 Lamborghini has confirmed local pricing of the most focussed version of its Huracán V10 supercar.

The Italian supercar brand has received sufficient interest from South African customers to justify allocating a small number of its Huracán Evo models to the local market.

Distinguishing between a ‘standard’ Huracán and an Evo isn’t easy, but there are a collection of small details which differentiate them. These design changes are not for fashion, but rather prioritise performance.

The most notable difference between the Evo and other Huracáns, are its set of twin exhaust outlets, which are framed by an enormous rear diffuser – which has powerful aerodynamic priorities, which help stabilise the mid-engined supercar at speed.

Powering the Huracán Evo is Lamborghini’s celebrated 5.2-litre naturally-aspirated V10. Without the assistance of turbochargers, this engine still manages to peak 470kW of power, at a heady 8000rpm.

The Huracán Evo’s performance is predictably epic. It runs the benchmark 0-100kph sprint in only 2.9 seconds and will get to 200kph from a standing start in a mere 9-seconds. Top speed is 325kph.

Despite its striking appearance and wedge-shaped proportions, this is not an overly heavy car. It weighs only 1 422kg and driver feedback is a crucial aspect in Lamborghini design destiny for its Huracán Evo.

The all-wheel-drive system ensures an abundance of traction and mechanical grip, yet for those drivers sufficiently skilled – Lamborghini has engineered a torque vectoring system which will allow a degree of lateral playfulness in the hands of a masterful driver.

Lamborghini expects the first Huracán Evos to be delivered to South Africa near the end of this year, and they are positioned at a price which reflects the delicate balance between demand and exclusivity.

The Huracán Evo coupe prices at R5 695 000, whilst the Spyder version (for those who prefer occasional open-top motoring), is positioned at R6 265 000.