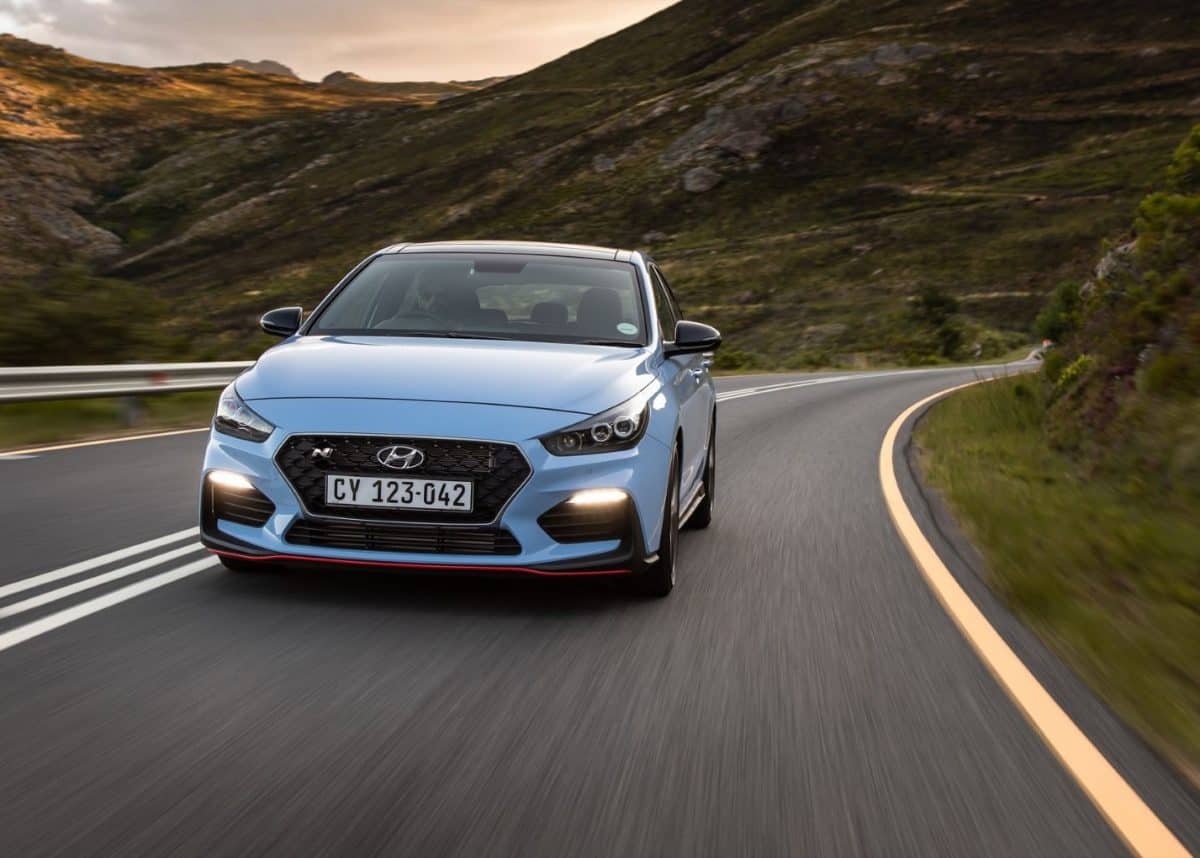 Hyundai South Africa has launched its first-ever ‘hot hatch’ contender in the form of the i30N. Photo: Supplied

Its hiatus may be a good thing for a few owners who are fast enough to snap up the limited number of cars initially coming to South Africa.

The i30N will retain some level of exclusivity, giving owners something else to boast about. Not that they need more, i30N is packed with the goods — on paper at least — to seriously upset the apple cart of Volkswagen-dominated GTi and Golf-R derivatives.

Oh and…its performance has been tailored and honed on the infamous Nürburgring Nordschleife racetrack which is translated as “serious about speed”. Let’s not forget that Hyundai is a World Rally Champ title holder and runner-up for the past three years.

Does it look the business?

One the reason’s the Golf GTi has done so well is, in part, due to a more subdued approach to performance car design.

The Hyundai seems to play in this space, slightly more understated than say, a Honda Civic Type-R, and with less flair and aggression than a Renault Megane RS. On the face of it, there are some tell-tale signs of some real substance beneath the skin.

Despite a few N-badges fore and aft, the first sign of the N’s sporty nature is, as always, touches of red above the front and rear splitter and blackened side mirrors.

The rear has a distinct gloss black spoiler in the centre of which sits a triangular brake light above unmissable dual exhaust outlets.

You can’t mistake the car’s intentions despite what it may look like next to some of its rivals.

Healthy numbers indeed, by no means segment-topping but still enough to make you inquire more.

There’s a further 7% of power and 8% of torque to be exploited from the turbo on overboost. Mechanically, this power is transferred through a six-speed manual transmission to the front wheels.

The Hyundai is fitted with an electronically controlled limited slip differential which essentially manages the wheel spin of the front wheels for better handling and safer cornering. This also means dealing with the slightly disconcerting feeling of torque steer when that amount of power is being applied to the front wheels and they in turn are desperately clawing for grip.

Other performance highlights include a Launch Control function and a Rev-Matching function. The Rev Matching feature is an easier and perhaps less cool replacement of the heel-and-toe trick used to unleash smoother gear shifts.

Like all modern sports cars, the Hyundai i30N’s computers can be tailored to suit your driving needs. There are five drive modes.

Eco and Normal are relatively self-explanatory. Sport mode sharpens the throttle, improves the exhaust note and steering and primes the chassis for a slightly faster ride. The N-setting is the setting for driving as quickly as possible and can be set to one’s own preferences as a custom pre-set.

These can be selected via paddles on the steering wheel and the menus for each of the modes are equally exciting.

With the customised drive modes also comes a plethora of sports display and graphics to show off your racy abilities. Lap Timers and G-Force meters, as well as torque and power graphs, are all available in the customised information display.

Does the interior play the part too?

Perhaps not as much as you’d expect. It was a criticism I had of the Tucson Sport series but that was a local, after-market project.

In the i30N, you’ll sit in bolstered, N-badged sports seats covered in a duo of alcantara and artificial leather.  The driver will also notice bespoke dials, replete with N badges, blue oval lighting surrounds and a LED tachometer resembling that of a race car

In case you miss these, the 300km/h labelled speedometer is sure to help. The N-steering wheel too is slightly enhanced with the drive mode buttons and the rev-matching button that sits above the N-mode button.

Apart from that the i30N is filled with all levels of convenience and comfort features that come with any flagship, in particular, a Hyundai flagship. Wireless charging is also a nifty new feature here.

Let’s talk about that price and its competitors

In simple power terms, the i30N is way more powerful than a Golf GTi and this is in part due to the fact that South Africa is only in for the Performance Packaged version of the N.

It’s pretty closely matched to the Megane RS and a few kW down on a Golf-R. A Mercedes-AMG A35 or BMW M135i are a good 20kW more powerful and while they come in at a higher price point, they can be argued to be more premium products from more premium brands. Honda’s Civic Type-R is also more powerful and slightly more pricey.

The beauty of hot hatches and the very reason why people love them, is that they are cars that play the dual role of practical everyday drive — and — sports car very well. You can use them to drive your kids to school and then carve through a twisty stretch of tarmac on the same day. The Hyundai i30N seems to tick this box as much as all the rest.

At R679 900, it does seem expensively positioned in this company. Of course, exclusivity does come at a price and those owners who get their hands on one initially will be part of a very special club.

Pricing is tricky for South African OEM arms which import products such as the i30N. It’s what has kept the car from our shores for so long and there are so many factors that drive pricing. Kudos to Hyundai SA for making the car available to a chosen few. It’s here and it’s here to stay.

Help support journalists, the guardians of independent journalism, through our student media initiative that gives a voice to students and their generation! Find out more…Tags: HyundaiSouth Africa