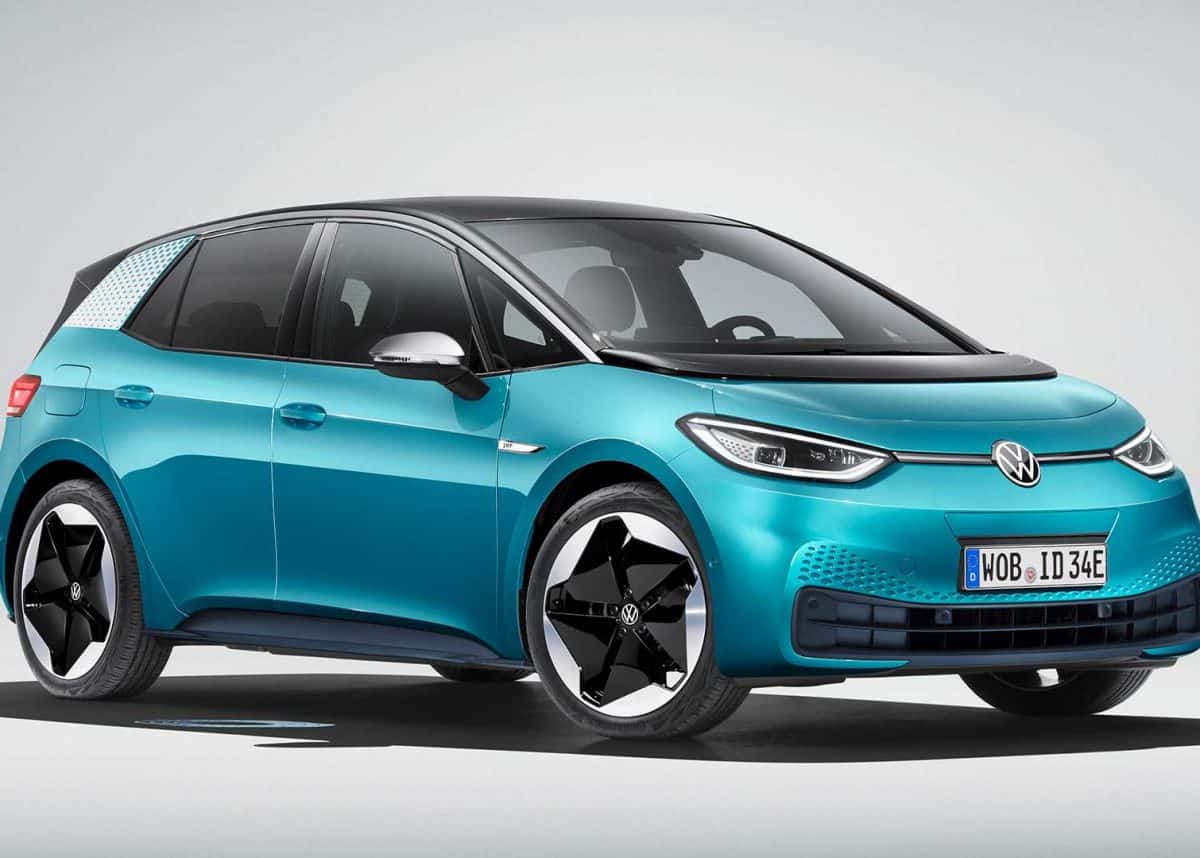 VW’s attempt at democratising electric mobility is now official and the ID3 will be coming to South Africa too.

At a cost of R102bn, the MEB R&D project has been immense, but VW will deliver a flood of new electric vehicles in the next few years. And many of those will ride on the company’s new battery powered platform.

Leading this strategy is the company’s first all-electric passenger car: ID3. Debuting at the Frankfurt auto show, this could essentially become the future of VW hatchback ownership.

Measuring 4261mm bumper-to-bumper and 1890mm across, the ID3 is slightly smaller than a current Golf. Crucially, without an engine up front, it has superior cabin space for a vehicle of its size.

VW has futurised the ID3 interior with an uncluttered design that borrows the best current digital user experience principles. Most functions are controlled via a 10-inch touchscreen infotainment system, which can recognise both gesture and voice command inputs.

There has been a digitisation of most ID3 functions, with only the hazard lights and windows still being operated solely by physical buttons. With a 385-litre luggage capacity, utility potential is good.

You’ll have a choice of batteries

Powering the ID3 are a choice of lithium-ion battery packs, depending on how much range a potential customer would require. The smallest 45kWh battery is good for 330km and the largest, a 77kWh unit, has enough energy to travel 550km.

With an electric motor capable of producing 150kW and 310Nm, the ID3 should have entirely credible performance – although VW is limiting its top speed to only 160kph.

An interesting aspect of the ID3 configuration is that VW’s engineers chose to make it rear-wheel drive, which is a departure from all the brand’s other hatchbacks, which are front-wheel drive.

VW is claiming 290km of range can be recharged in only 30 minutes, from a high-output energy station. For those who retain some anxiety about committing to a battery powered vehicle, VW will be offering an eight year/160 000km warranty on the ID3’s power source.

South Africans keen on embracing electric mobility will have option on the ID3 by 2021.