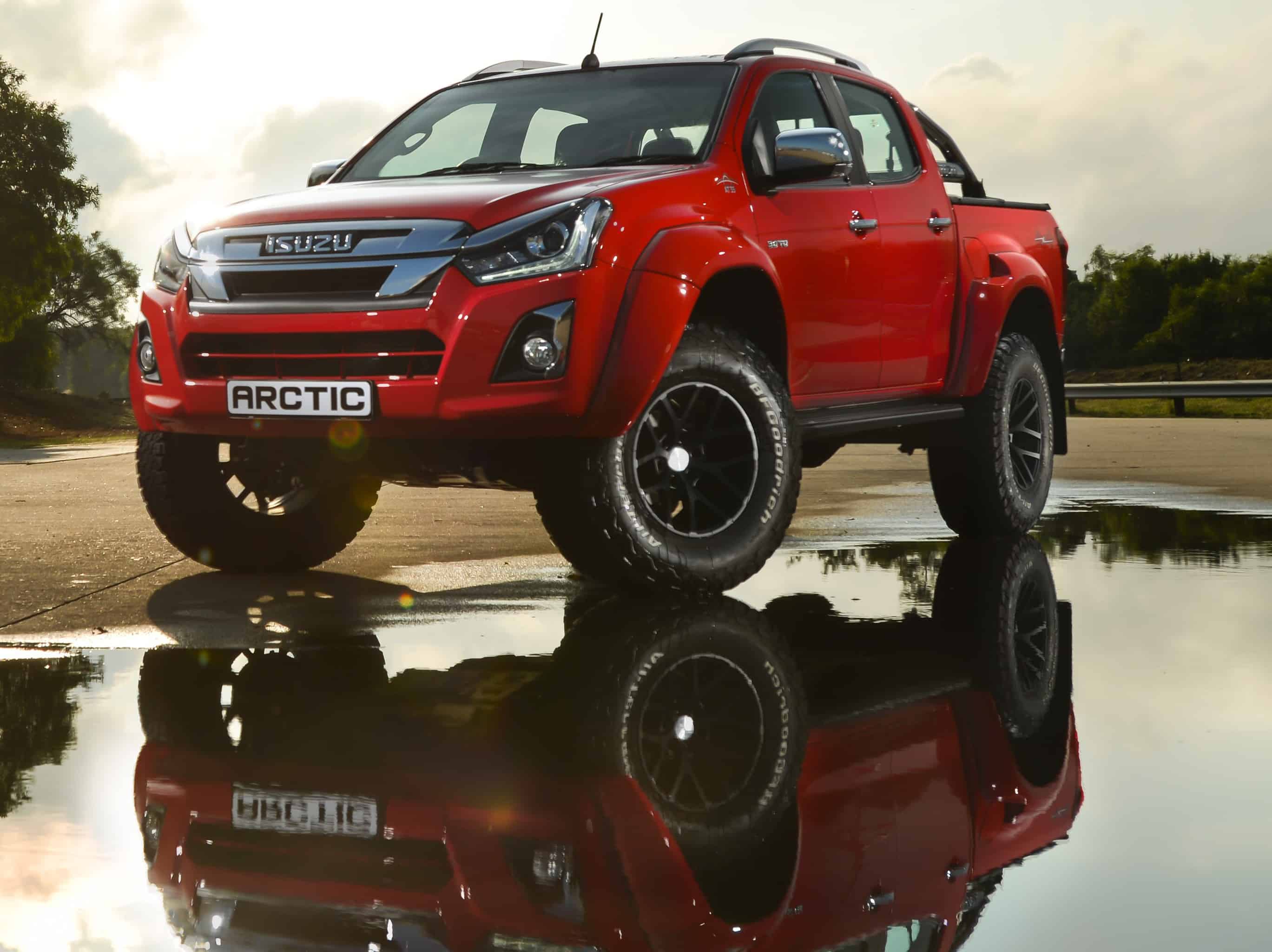 South Africa might not have much in the risk of widespread snow or ice in its winter season but that has not stopped Isuzu from announcing that its latest D-Max bakkie will soon be available in full Arctic Truck guise.

The Arctic Truck genre of 4x4s has its origins in Iceland, where extremely testing winter terrain combined with a sense of adventure amongst bakkie owners, has created hugely capable off-road vehicles.

Showing acute South African market awareness, Isuzu has cleverly recognised that local bakkie owners are every bit as obsessive about the appearance and ability of their vehicles as any Icelandic arctic truck explorer. We might not have snow, but we have a lot of sandy terrain to journey in and a balloon-tyre bakkie works well in both those environments.

The Japanese bakkie brand has partnered with Iceland’s Arctic Trucks to develop an Isuzu double-cab called the AT35. These AT35 bakkies will be offered through Isuzu’s conventional dealer network, without incurring any compromise to the standard D-Max service support.

AT35 customers will be covered by a comprehensive five-year/120 000 warrantee and five-year/90 000 service plan on their Artic Truck converted bakkies.

Priced at R785 000, these AT35s are now the most expensive Isuzu product within the brand’s portfolio and for your money you gain 48mm of ride height for superior off-road ability, and 180mm of additional vehicle width.

That added vehicle width might make the AT35 Isuzu a bit more of a chore to park, with those wider wheel arches are necessary to accommodate the anchor feature of this new Isuzu: its huge 35-inch BFGoodrich all-terrain tyres. Those tyres make the AT35 D-Max much better off-road, with improved approach/departure angels and the ability to wade through 718mm of water.

Other than the enormous tyres, reworked suspension and those bulbous wheel arches, the D-Max AT35 is mechanically similar to any other Isuzu 3-litre double-cab. It will be a bit slower though, with the rolling resistance of those tyres influencing overall performance and reverberating more noise into the cabin when cruising at highway speeds.

The first of these monster truck lookalike Isuzus will be delivered to customers by the end of May, at a premium of R170 000 to a standard D-Max 300 LX auto double-cab, the derivative which is used as a foundation vehicle for this upgraded Arctic Trucks version.