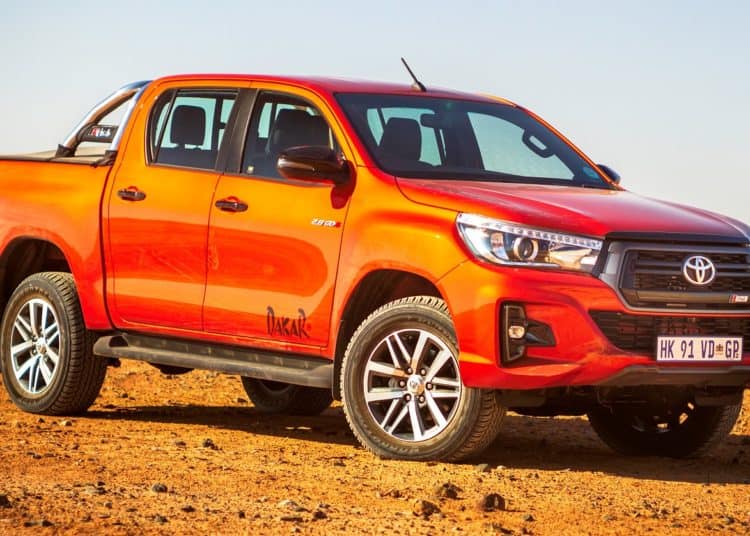 April ordinarily means reflection on the fist three months of the year for most businesses and if you love cars, you’d like to know which the most popular brands for the first quarter were.

South African vehicle sales data for January through to March has been harvested and released by the local association of automotive manufacturers and the numbers confirm one thing: if you have been building and retailing bakkies, you have a great business.

Despite the South African economy struggling and consumer demand remaining sluggish, Toyota has retained its position as the strongest vehicle brand. The Japanese auto giant sold 33 461 vehicles to local customers during Q1, besting its closest rival by quite some margin.

Germany’s VW shadows Toyota, in second place overall, having sold 21601 cars through its dealers to local customers in the first three months of this year. The crucial difference between Toyota and VW’s local product portfolios is that whilst the Germans do have a double-cab bakkie, the Amarok, it cannot match the stupendous volumes achieved by Hilux.

For any business to achieve a 54% margin of superiority over its closest rival is unprecedented, but that is the scenario regarding Toyota’s dominance in the local motoring market.

Other brands which managed to achieve notable sales volumes were Nissan, Ford and Hyundai. Ford’s Ranger bakkie allowed it to finish third overall in Q1 vehicle sales, making up the bulk of the American brand’s 14377 locally sold vehicles.

Nissan has the broadest portfolio of local bakkies, totalling four different model ranges (Navara, NP200, NP300 and Patrol), but its overall sales volumes are diluted into smallish numbers amongst them. In total Nissan sold 13586 vehicles in South Africa during Q1.

Round out the top five local motoring brands by volume, is Korea’s Hyundai. Although it lacks a dedicated bakkie offering, Hyundai has a balanced portfolio of affordable vehicles and SUVs, which accounted for most of its 8491 vehicles sold here in Q1.