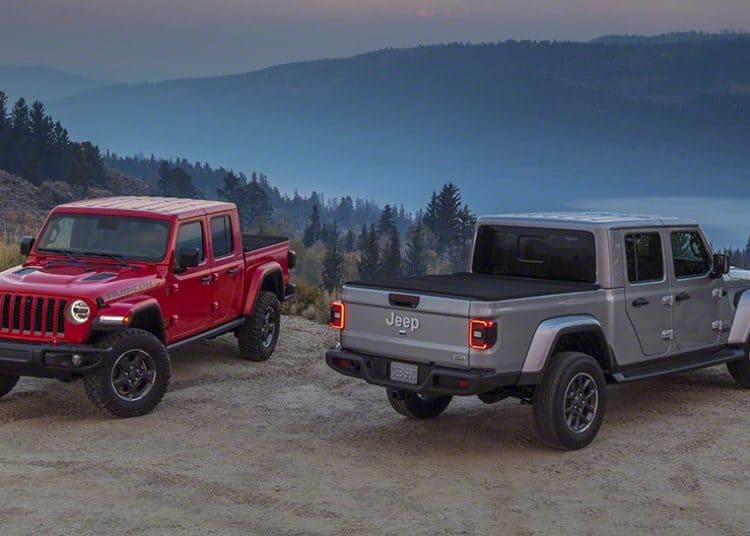 Jeep has been building bakkies since 1947 but for the last 26 years the brand has inexplicably not cashed in on the surge in demand for double-cabs.

This is all set to change next year as the newly revealed Gladiator double-cab comes to market. Quite fittingly the new product initiative revives the Gladiator name, which was first given to a Jeep bakkie back in 1962.

The new Gladiator is an evolution of Jeep’s successful and proven Wrangler Unlimited vehicle platform. That means you get all the prodigious off-road ability a Wrangler is renowned for, with heavy-duty Dana axles, differential locks on both axles, sway-bar disconnect a generous helping of ground clearance. But added to that is the workhorse practicality of a loadbin for mountain bikes, all manner of aquatic adventure equipment and some braai wood.

Powering these Jeep bakkies are two engines options, both V6s. A 3.6-litre petrol engine cranks out 212kW/353Nm, whilst the 3-litre diesel, sure to be more popular amongst committed off-road adventurers, boosts 194kW and 600Nm. Transmission options are either a six-speed manual or eight-speed auto. Disappointingly, the Gladiator is only rated to haul 725kg in its loadbin, which is quite a bit shy of most double-cab 4×4 rivals.

Inside the Gladiator features familiar Wrangler cabin components and switchgear, including two touchscreen infotainment options, measuring 7- or 8.3-inches, and a scattering of USB ports for both front and rear seat passengers, to keep their devices changed. The Gladiator’s infotainment system is entirely Apple CarPlay and Android Auto convergent, so pairing your Smartphone with this bakkie, and making use of most of its functions whilst on the move, should be seamless.

Built on a Wrangler platform this new Jeep bakkie promises to deliver incredible off-road ability when it goes on sale next year. And with Africa mentioned amongst the regions for its global distribution in 2020, South African Jeep fans won’t be disappointed.

Although the ultimate load-carrying capacity is a bit compromised for a bakkie, there’s little doubt that the Gladiator has tremendous design presence and will offer unrivalled off-road ability in severely testing terrain.