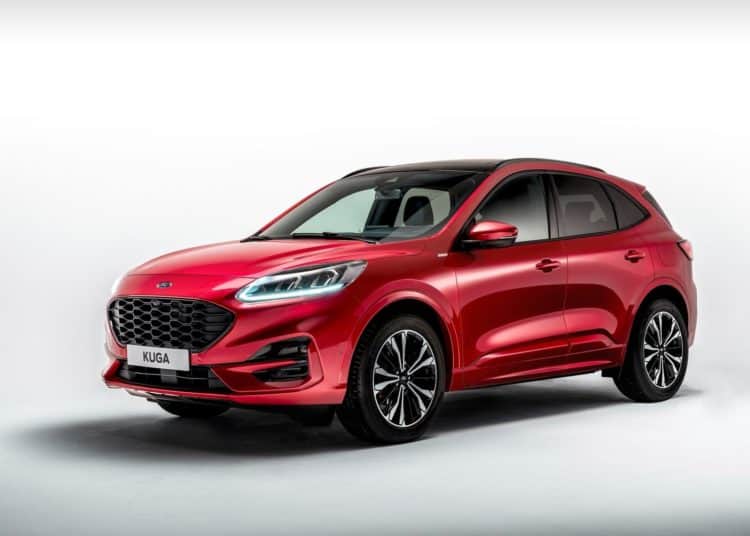 Ford has revealed a radical redesign with the debut of its third-generation Kuga.

The mid-sized SUV is an important product anchor for Ford’s global operations, but of particular interest to South African followers of the brand. An ongoing court-case relating to fire issues with older Kugas have dented sales of the SUV locally and it remains to be seen if this new model can regain confidence in the nameplate from local Ford customers.

In terms of appearance the new car features Ford’s oversized, and ovoid-shaped, grille. The roof has been trimmed lower and bonnet shaped to appear longer, but although the vehicle is slightly longer and wider overall, it manages to be 90kg lighter than the previous generation Kuga.

Ford’s most notable design theme with new Kuga is electrification. Amongst the choice of powertrains, which tally the familiar fare of Ford’s current 1.5- and 2-litre turbocharged diesels and 1.5-litre triple-cylinder turbocharged petrol, is an impressive 2.5-litre petrol hybrid.

Rated in scale of power, the Kuga 1.5 diesel is good for 88kW, matched in output by its 1.5-litre petrol sibling, which is also available in a 110kW version. The 2-litre turbodiesel Kuga boosts 140kW.

Most impressive of this new Kuga’s engine options is the 2.5-litre petrol hybrid. Featuring an integrated electric motor/generator system and 14.4kWh lithium-ion battery pack, the Kuga plug-in hybrid’s total system output is 168kW. That power number should make for spirited performance and if you are stuck in traffic, it can run on pure electric power for 50km, saving you fuel.

Ford’s vaunted in-car connectivity is very much present with the third-generation Kuga too. The cabin features wireless charging, a redesigned eight-inch touchscreen infotainment system (powered by Ford’s latest Sync 3 operating system) and vehicle data and functions are displayed to the driver’s attention in a 12.3-inch digital instrumentation cluster.