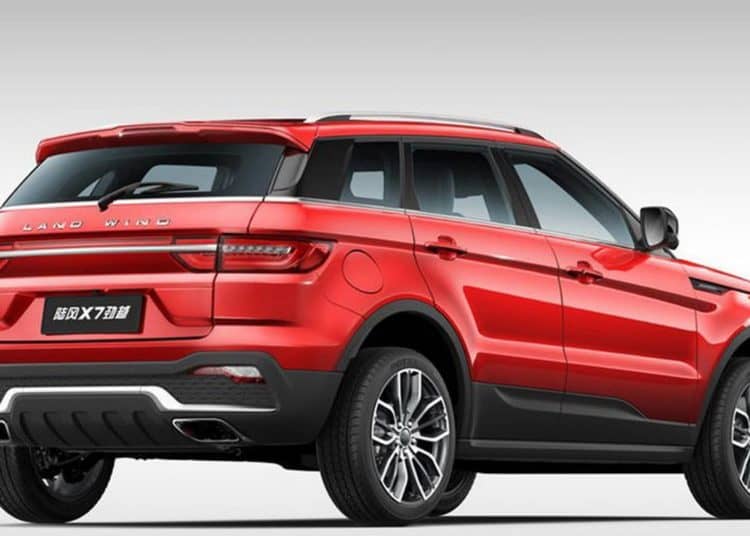 In the world of creative arts and craft, copyright rules are strictly enforced. For most of the last century, automotive companies have not been particularly worried about copyright, until the rise of Chinese imitation designs in the last decade.

The Chinese new car market is huge and immensely important, and European brands have learned to be culturally sensitive when dealing with customers and government in the world’s most populous nation. But Land Rover could not contain itself behind a veil of diplomacy when Chinese automaker, Jiangling, made a virtual copy of its popular Range Rover Evoque.

Marketed as the LandWind X7, this SUV appeared to be in clear violation of the uniqueness presented by Land Rover’s Evoque design – which predates it. Although other brands have attempted to enforce the originality of their vehicle designs in Chinese courts, when presenting evidence of clear imitation, Land Rover now counts itself as the first company to achieve a successful outcome.

The Beijing Chaoyang District Court ruled in favour of Land Rover, after three years of litigation. Delivering its verdict, the court found that five distinct design elements of the Evoque had been purposefully copied by Jiangling in its LandWind X7.

By order of the court Jiangling must immediately cease the production, distribution and sales of its LandWind X7. Land Rover is also entitled to an amount of compensation, the value of which is still to be confirmed.

European car designers are increasingly resistant to showing concept vehicles years from their final launch date, at global auto shows. This is due to the risk of having a Chinese brand attempt to clone the design and have it in production within months.

Industry analysts see the Land Rover victory, in a local Chinese court, regarding the matter of product design copying, as a vital breakthrough. The belief is that Land Rover’s legal victory should securing intellectual property rights and also force the Chinese domestic auto industry to promote innovation of its own.