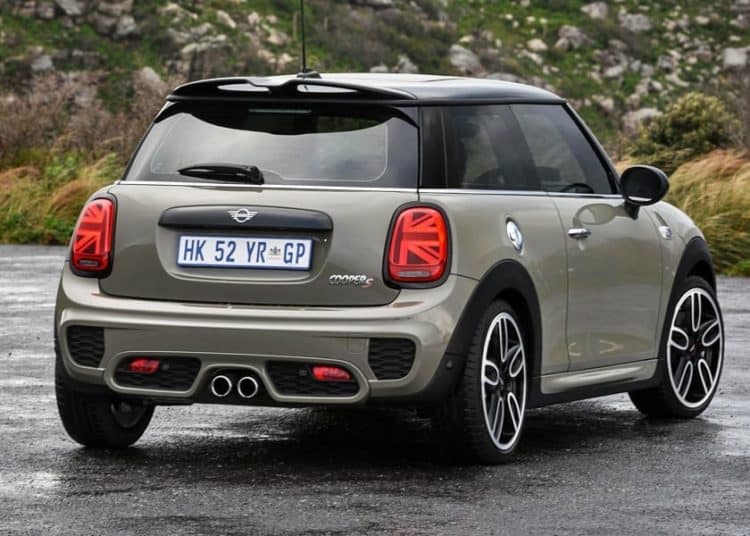 The brand of choice for successful designers and events coordinators has revealed its latest product portfolio updates for South Africa. An upgraded Mini range, 18 derivates strong, debuts in Mzansi this week and attempts to be more ‘British’ than ever.

Most noticeable on these new Minis are their redesigned lights, front and rear, with the latter featuring an intricate Union Jack design – homage to Mini’s unquestionable British heritage, despite the company being BMW-owned.

The design theme is continued inside, with more Union Jack graphic embellishments, a 6.5-inch infotainment screen (upgradeable to a touch option), multifunction steering wheel and cabin lighting colour themes which change their hue, much like a lava lamp. For those obsessed about keeping their Smartphone healthy – and despite unsightly charging cables spiderwebbing everywhere – Mini now offers a wireless charging feature too.

Despite their artistic appearance, all Minis are dedicated driver’s cars. Compact dimensions, featuring a relatively short wheelbase and wide track ratio, gift these hatchbacks impressive agility on the move.

Powering the new Mini range are a total of four engine options, in three configuration, with the smallest and most affable of those now being a 1.2-litre turbo, good for 75kW and 190Nm. Available in the Mini One, at R302 200, it should provide sufficient performance, even for those high-altitude motorists in Gauteng.

Most of the demand will for the Cooper, with its 1.5-litre three-cylinder engine, boosting 100kW and 220Nm, whilst those who desire a credible and engaging hot hatch could opt for the Cooper S, which adds handsomely to the 1.5-litre’s outputs, peaking 141kW and 280Nm.

Despite the cramped cabin and occasionally fiddly ergonomics – a result of a cabin designed for form instead of function – the Mini range remains the most successful retro rebirth of a motoring icon.