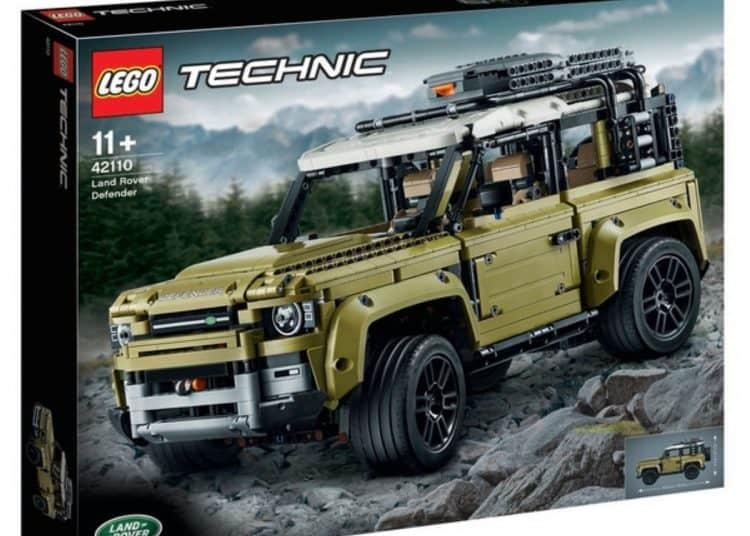 Nearly a decade in the making, Land Rover has been under severe pressure to produce a future Defender which is contemporary but also holds true to the vehicle’s classic off-road values and styling.

Prototypes have been seen roaming around the globe this year, skilfully camouflaged, to hide their exact shape and proportions. The official launch date for Land Rover’s new Defender is September, but the Danish toy brand might have undone the surprise in waiting.

Famous Irish toy retailer, Smyths, accidentally listed the new Lego Defender kit on its website. This has since been removed –but the error has given automotive analysts a curious insight into what the new Land Rover Defender will actually look like.

The toy cars which resemble real ones

Lego does a tidy trade with its miniature car-brick build kits. The automotive industry has accepted that these toy car kits are a worthwhile brand extension and as such, Lego technicians and designers are shown new vehicles before anyone else.

The issue is that sometimes information leaks and this is exactly what has now happened.

How close is this Lego Defender to the full-size version from Land Rover? We’d wager it as being a very strong match: the Lego Defender rolls a similar wheel design to those camouflaged Land Rover prototypes which have been spotted recently in Africa.

Styling details which perhaps won’t be seen on the full-size Defender, are the Lego version’s power dome bonnet and outrageously larger over fenders. The toy car’s round headlights are also an ode to Defenders of the past.

For the rest, this is as close to a full reveal as Land Rover hoped would not happen before its official communication strategy about the new Defender was launched in July.

If you are interested in the Land Rover Defender Lego kit, it comprises 2 573 pieces and has a functional steering systems, four-speed transmission and three differentials. Should be available in stores by October.