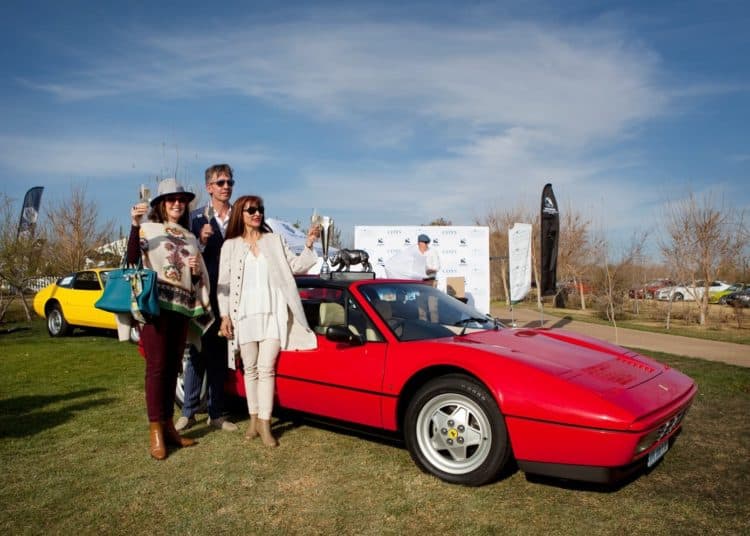 Douw Steyn’s Gauteng venue provided the backdrop an event featuring some of South Africa’s most desirable and coveted collectable cars, with knowledgeable judges scrutinising participants. The most impeccable vehicle present at Steyn City’s concours event was adjudged to be Zia Wort’s 1989 Ferrari 328 GTS, with only 13000km on its odometer.

Beyond the concours event, the weekend’s star attraction was its auction. South Africa has a fantastic diversity of classic cars, many of them desired in the U.K., itself a primary driver of collectable car prices. A fundamental reason that South African examples are so valued is the absence of winter snow on our local driving roads (lessening corrosion risk), and the similarity in configuration, with both markets being right-hand drive.

The auction was executed by Coys of Kensington and drew an international telephonic bidding audience. True to form the highest bid received was for an air-cooled Porsche 964 N/GT (1992), at R3.9m. Porsche 911s have been an extremely robust investments since the 2008 financial crisis and it’s hardly surprising that a rare version set the auction’s price ceiling.

Proving that the interest wasn’t merely limited to cars which could be happily shipped into U.K. domiciled collections, a left-hand drive Shelby Mustang GT 500 (1968) was closed out at R2.5m. Despite political uncertainly and emerging market contagion risk to the Rand, the 2018 Concours South Africa Classic Car Auction revealed that local automotive investors  and collectors are still in very good health – and not shy of showing, or trading, their cars.

Help support journalists, the guardians of independent journalism, through our student media initiative that gives a voice to students and their generation! Find out more…Tags: FerrariPorsche