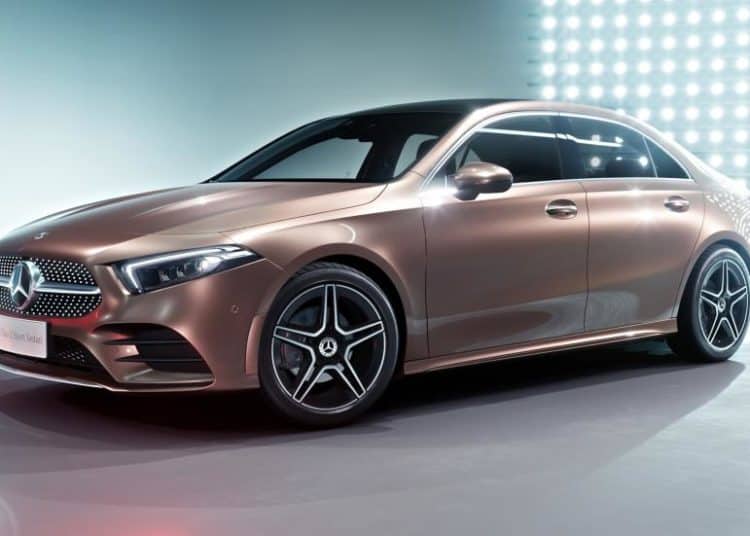 Unlike the CLA, which is also configured to be a sedan, this new A-Class L is 60mm longer than any of its platform siblings.

That ‘L’ designation doesn’t mean luxury, but ‘long’ and although 60mm might not sound like a great deal of additional car, it’s inside where the larger size is most evident.

As a design this L differs notably from the CLA, with a unique trunk shape and taillight treatment. The roofline has a more distinctive slope, but it does not encroach on passenger comfort. And passenger comfort is very much the reason for this A-Class L’s existence.

Featuring a more generous wheelbase than any other A-Class, the new L sedan has rear passenger legroom approaching that of a C-Class – yet retains the slightly more exterior compact dimensions, which makes it less dauting to drive around a hectically crowded city.

Inside A-Class L, Mercedes has also debuted its latest venture regarding infotainment: MBUX.

Comprising two digital screens which blend both the traditional driver’s point of view dials and those infotainment functions which can be seen and accessed the front seat passenger, MBUK showcases the future of all Mercedes in-car entertainment.

A-Class L’s MBUK will learn which destinations correlate with a schedule and prompt the most efficient navigation, based on real-time traffic information.

Although the new A-Class L is primarily a Chinese market car, it will influence the design language and functionality of Mercedes-Benz’s new range of compact vehicles.

For a brand which was built on larger luxury cars, Mercedes is proving hugely proficient at transition to compact vehicles, which are no less in terms of luxury or technology than you would expect from something with three-pointed star branding on the nose.