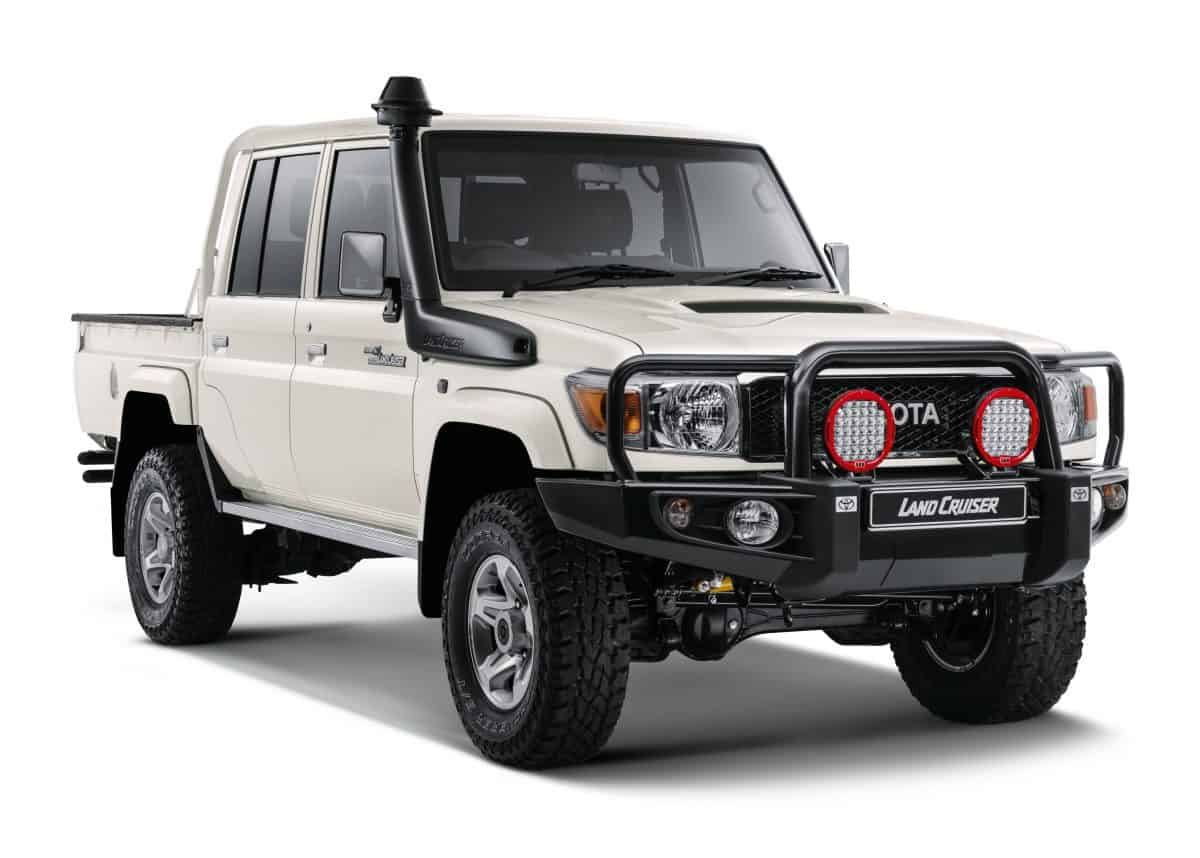 Toyota’s legendary Land Cruiser has been given an upgrade to make it even more Namib capable. Literally.

South Africa remains one of the very few global markets where you can still buy a Land Cruiser 79 bakkie and Toyota wishes to reward its loyal off-roading customers with something special.

Although the Land Cruiser 79 double-cab lacks for absolutely nothing in terms of robustness or off-road capability, there are always minor improvements which can be applied.

For this Namib special edition Land Cruiser double-cab, Toyota have done all the aftermarket expedition kit shopping and fitment for you. All Land Cruiser 70-Series vehicles of the last three decades might look the same, but this Namib edition double-cab features a new mesh grille, oversized steel bumper and bush bar. Toyota have also added LED spotlights.

Made for hardy adventuring

Inside there is an assortment of clever upgrades which will appeal to those Land Cruiser users who regularly use their vehicles on testing expeditions into Africa.

Rugged fabric seat covers will ensure that your Land Cruiser Namib edition’s cabin doesn’t scuff to ruin and there is a housing and microphone hook for a two-way radio installation. With Land Cruisers regularly adventuring to places where there is no phone signal, a two-way radio is ordinarily the first thing new ‘Cruiser owners invest in.

To help you not lose important things when it gets dark, there is a roof  console which operates powerful LED cabin and loadbox lights. Toyota have rerouted the air-conditioning unit’s ducting too, which now also cools the glovebox, to keep drinks and small food items cold in the searing desert heat.

Mechanically the Land Cruiser 79 Namib is little different from any other ‘Cruiser V8 double-cab. It is powered by the same 4.5-litre turbodiesel engine, which boosts 151kW and 430Nm. Those outputs are channelled to all four wheels and there are no less than three individual differential locks, which make it virtually impossible to get this bakkie stuck.

This king of double-cab 4x4s is set to retail for R893 600, which makes it the most expensive Toyota bakkie to go on sale in South Africa, to date.