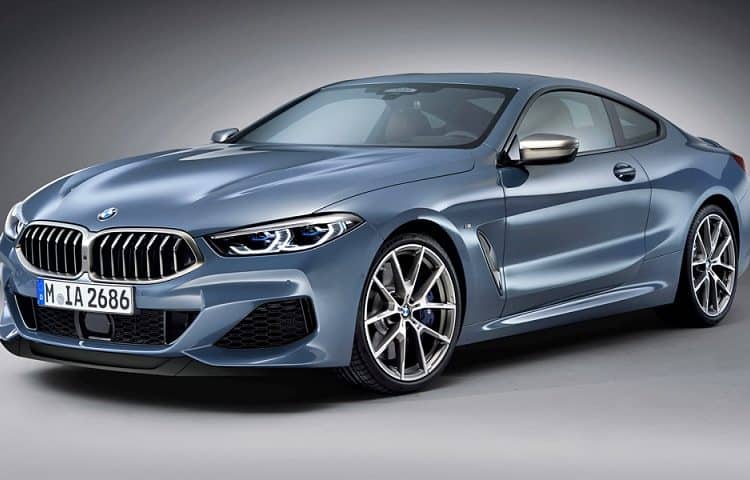 BMW has confirmed pricing for its revived 8 Series. The large luxury coupe, which will return to South African (and global) markets after an absence of nearly two decades, is being positioned as an apex product in BMW’s local portfolio.

The M850i xDrive will retail at R1 887 827 and for that money, you’ll receive a blend of prodigious performance and pampered long-distance touring ability. Although the 8 Series is similar in silhouette to BMW’s original version, a sleek two-door touring sportscar, there are significant differences in configuration.

Powering M850i is a 4.4-litre V8, boosted by two turbochargers, delivering 390kW and 750Nm. The first-generation 8 Series features a range of naturally-aspirated only engines and was perhaps best known for its large capacity V12. The other significant change in mechanical configuration is that xDrive system, which makes the new M850i all-wheel drive.

Having the turbocharged V8’s engine power balanced by traction at all four wheels allows for a vastly impressive 0-100kph time of only 3.7 seconds. BMW traditionalists are still coming to terms with the brand’s transition from a dominant rear-wheel drive foundation manufacturer to one which has embraced all-wheel drive.

There is good engineering logic behind the change, which allows BMW to balance the performance of its cars better, thanks to sophisticated algorithms controlling the distribution of engine power to each individual drive wheel, harvesting the benefits of all-wheel drive without the debits.

True to its luxury billing, the 8 Series cabin features a host of comfort and convenience features. Anchoring the cabin is a substantial digital interface, controlled by two infotainment screens, one 12.3-inch display ahead of the driver and another screen, sized at 10.25-inches, sitting atop the centre-stack. An array of driver assistance technologies, which includes active cruise control and a co-pilot system, should greatly reduce the chore of piloting this large BMW in traffic.

In the tradition of a true grand touring sports car, the 8 Series is long and low, which is fantastic for high-speed stability but could possibly make it a bit ungainly to park and manoeuvre in tight urban driving environments. BMW’s engineers have anticipated this and as such the 8 Series has active steering, which can angle the rear wheels slightly, massively reducing its turning radius and effort at low speeds, whilst also aiding directional agility at high speeds.

BMW expects the first South African customers M850is to be in customers garages by March of next year.