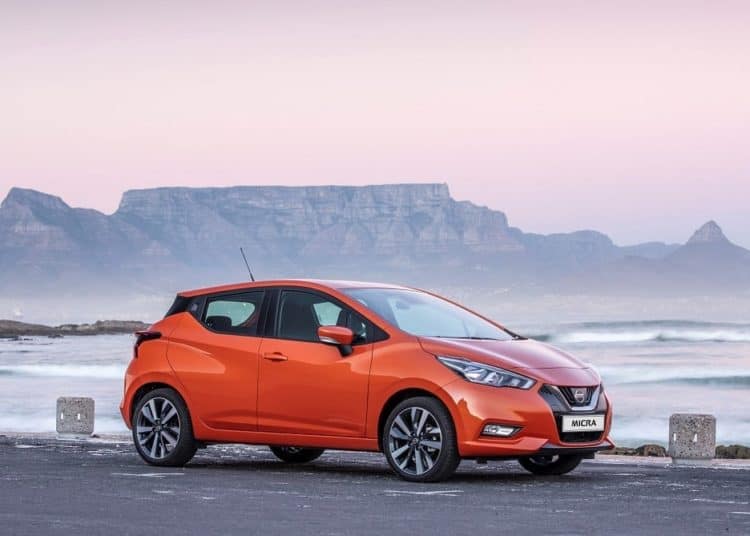 Nissan might be best known for its bakkies, SUVs and GT-Rs but the Japanese brand has not forgotten its passenger car portfolio. Keen to reassert itself in the compact car market locally, Nissan’s sales strategy in this regard revolves around its fifth-generation Micra.

Mechanically it is a twin of the current Renault Clio, with some distinguishing Japanese styling details such as switchblade rear lights and pronounced shoulder line styling creases.

The compact hatchback segment is South Africa’s most traded passenger car class and Nissan is doing something unusual by adding new Micra to its existing Micra Active, which is the fourth-generation car.

VW has shown how successful retailing a legacy model can be, by virtue of its dominance with Vivo, which is a previous generation Polo.

Nissan’s now in the position too much the same, with two-generations of Micra in the market, creating a much broader pricing bandwidth.

Powered by an 898cc turbocharged three-cylinder engine, booting to 66kW and 140Nm, it promises to be both frugal and responsive.

A five-speed manual transmission runs the little city car from 0-100kph in 12.1 seconds, whilst a conservatively driven one should return an average fuel consumption of 5.1l/100km.

The range is three derivatives strong, with the anticipation of more engine and transmission options to come towards the end of 2018. Visia trim denotes the entry-level model which cruise control, air-conditioning, Bluetooth and a host of standard features such as ABS, stability control and hill-start assist – the latter being a very useful feature if you live in Northcliff or Sea Point.

Whereas rival brands often skimp a touch on the active safety specification of their compact hatchbacks, Nissan’s gone full-in with all the safety features you’d expect on a C-segment vehicle in its B-segment hatch.

Extending the range is Micra Acenta, adding alloy wheels and a seven-inch infotainment display which is Apple CarPlay compatible. The range-topping model is an Acenta Plus, which sizes-up the alloy wheel offering to 17-inches in diameter and has orange cabin trim.

What’s it like to drive? Curiously, Micra’s appeal pivots on its engine. If you keep the tiny turbocharged triple boosting, it’s credibly responsive and despite its compact size, Micra tracks reassuringly, even at highway speeds.

A consequence of having to keep the sub-1-litre engine on boost all the time is that fuel economy will never edge close to the claimed average of 5.1l/100km. A sixth gear will assist in lowering consumption at highway speeds and this certainly an upgrade which will be offered in time.

There are two advantages of Micra’s tiny engine which are not ordinarily considered. One is the reduction in mass above the front axle, which means Micra turns-in very crisply, without a nose-heavy feel when you are in a hurry and the road is a serpentine sequence of winding of corners.

The other is that at Gauteng motoring altitudes, where the air is thin and engines struggle for power, a turbocharged engine is far less afflicted by induction asthma than a naturally aspirated one.

Whereas most competitors have allowed VW to dominate the compact hatchback market in South Africa with its combination of legacy Vivo and new Polo, Nissan’s finally learnt that imitation is the best route to a rivalry.

Offering a combination of fourth- and fifth-generation Micra, on one generously broad pricing graph, is the closest thing to a true range alternative VW’s ever had to deal with in the South African market.

Help support journalists, the guardians of independent journalism, through our student media initiative that gives a voice to students and their generation! Find out more…Tags: Nissan