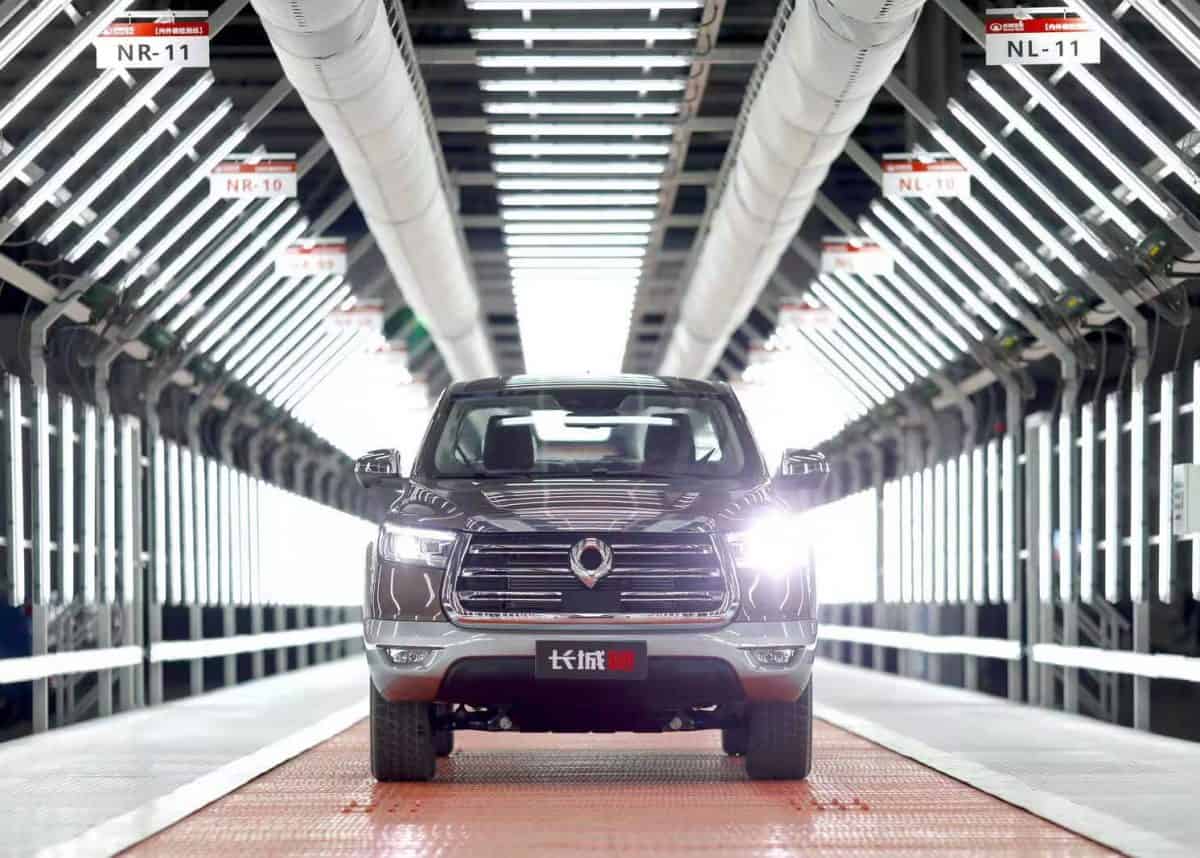 An ambitiously engineered bakkie, the P Series is a clear indication that GWM wishes to compete directly with Toyota and Ford in most double-cab markets.

Bold styling elements aside, the P Series bakkie rides on ladder frame platform that South African gravel travellers might be familiar with.

GWM’s luxury SUV brand, Haval, is quite successful in the local market. It regularly sells in excess of 800 vehicles a month to value conscious South African SUV customers and the largest of its products, is the H9.

This Chinese luxury SUV uses the P71 platform, which is shared with the new P Series bakkie. In terms of size the P Series double-cab measures 5.42m nose-to-tailgate, is 1.97m wide and has a roofline 1.89m off the ground.

Those dimensions make this new Chinese bakkie longer, wider and taller than a Toyota Hilux.

GWM is equipping the P Series with all manner of comfort and convenience systems, which include surround and rear-view cameras, a large touchscreen infotainment system and adaptive cruise control.

With no less then three differential locks, the P Series has excellent off-roading potential.

Wading depth is claimed at 900mm, which should make crossing rivers no challenge at all. GWM engineers have also added crawl control to the bakkie’s automatic transmission functions, which should enable novice off-road drivers to conquer challenging terrain without anxiety.

If GWM hopes to compete with Hilux and Ranger, it will have to add a turbodiesel engine option too – which could be announced before this double-cab arrives in South Africa, during 2020.