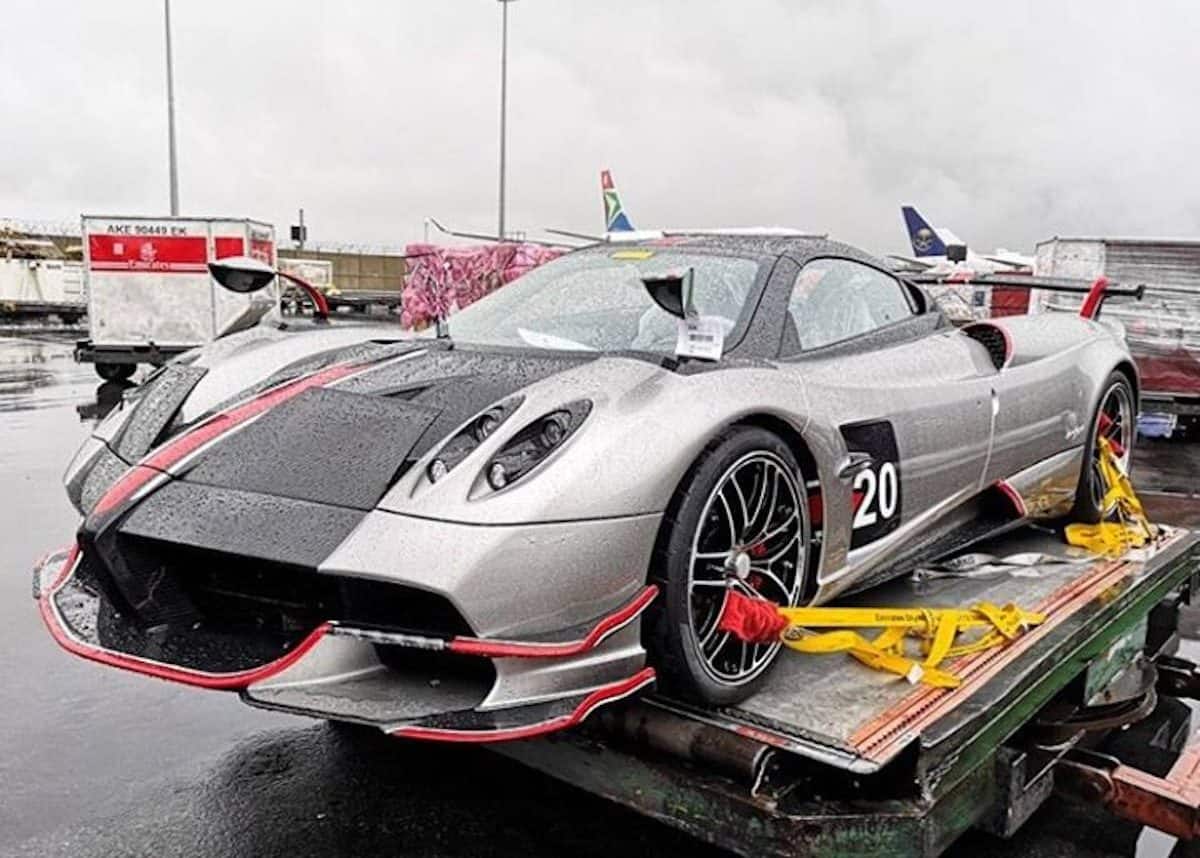 There was a wonderful moment for the petrolheads of Mzansi on Monday, after one of the most sought-after supercars on the planet landed at OR Tambo International Airport in Johannesburg. The Pagani Huayra turned several heads on the tarmac, as it was unloaded from an aircraft.

A very special arrival at OR Tambo

The slick design and high-performance features have car enthusiasts drooling at the mere sight of this motor. Engineered to satisfy that need for speed, a twin-turbocharged six-litre engine ensures that every ride is a “joyride” once you get behind the wheel of this magnificent beast.

The Italian-manufactured car is a seven-speed sequential manual, yet going through the gears in this baby is nothing but a pleasure. Photos of its arrival at OR Tambo went down a storm over the past 24 hours:

Where you can buy a Pagani Huayra in South Africa

On Monday afternoon, the roadster was transported to Daytona Motors in Melrose Arch. The swanky car dealership boasts a number of luxury vehicles, but this might be the jewel in an already-glittering crown. Now there’s the small matter of finding someone with enough money to splash-out on a new toy…

It’s understood that this particular model has been valued at over R30 million. Good Lord, there’s some commission to be made here. Somewhere in Johannesburg, there’s a car salesperson with a magic lamp and two wishes left. Well, one if they were desperate to see a Pagani Huayra Roadster, too.

Help support journalists, the guardians of independent journalism, through our student media initiative that gives a voice to students and their generation! Find out more…Tags: carsluxurySouth Africa